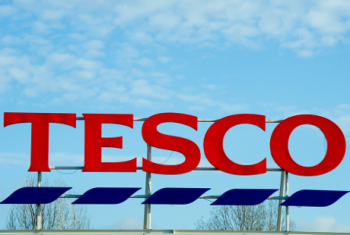 Two Muslim men working for Tesco have won a case of religious discrimination after having access to the on-site prayer room restricted.

The Bedford Employment Tribunal found that Tesco had indirectly discriminated against Abdirisak Aden and Mahamed Hasan at Tesco's Crick depot after restrictions were placed on the use of the prayer room.

The room was provided after lobbying by devout Muslims in 2008. In 2012 new "prayer time guidelines" rules were introduced. Staff had to inform managers they were going to pray and ask for a key. They had to fill in a book when they used the room, and were only allowed to pray individually rather than as a group. The Tribunal found against Tesco and awarded the men an undisclosed sum for "injury to their feelings".

Christopher Fray, equality officer for the Northamptonshire Rights and Equality Council (NREC), which represented the men, said the decision of the tribunal was a landmark ruling.

He said: "A large number of Muslims complained that the nature of these prayer guidelines were being used as a way of controlling and monitoring and harassing them. The Bedford Employment Tribunal upheld their claims and found they were discriminated against on the grounds of their religion. This case is a victory not only for Muslims, but for all people who wish to pray while at work. It is one of the first religious discrimination cases that Muslim complainants have won in Britain."

A Tesco spokesman said: "We take our responsibilities as an equal opportunities employer very seriously. We are considering the implications of the judge's ruling and await the full written judgment."

Terry Sanderson, President of the National Secular Society, said: "We still need to see the full judgement, but this case has a potential to create mayhem in the workplace. It appears to put religious believers in a stronger position to undermine the efficient running of a business if it impedes their religious beliefs. These two Muslim men have succeeded where the Christian activists failed, to gain special rights in the workplace. We sincerely hope that Tesco will appeal this judgment.

"If religious employees want time off to pray, it should only be of this can be reasonably accommodated by the employer and on their terms. Such time off should be unpaid, otherwise those not doing so are disadvantaged."