Government rules out guidance to deter evangelism in schools 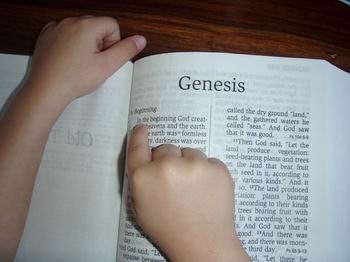 The Government has ruled out national guidance on external visitors to schools, following concerns from the National Secular Society that many schools were being used by religious groups as a base for evangelism.

New robust guidance was called for by the NSS as part of its Evangelism in Schools report which highlighted a growing trend of evangelical religious groups gaining access to publicly funded schools as part of their missionary work.

The report revealed how evangelical Christians have adopted a deliberate strategy of using publicly funded schools as places to make 'God's good news' known to children, many of whom would otherwise have little or no contact with the Church or religious groups.

Responding to the report, Elizabeth Truss MP, Parliamentary Under Secretary of State for Education and Childcare, said "schools should be trusted to observe best practice and fulfil their legal obligations". She said any specific concerns should be raised with the school and Ofsted.

Stephen Evans, National Secular Society campaigns manager, said: "Allowing evangelical organisations to set up 'prayer spaces' and deliver religious education and school worship fails the objectivity test and undermines the religious freedom of young people. It also denies parents the right to a state education for their child that doesn't run counter to their own religious and philosophical convictions.

"While pupils' education can be enhanced by the input made by external contributors, it is clear that some visitors are primarily concerned with evangelisation rather than education. The Government's 'light touch' approach makes it is especially important for head teachers to be vigilant to ensure their schools are not offering a platform to groups seeking to use our state education system for their own evangelical ends."

Existing guidance from the National Association of Teachers of RE (NATRE) recommends that religious visitors "should avoiding any hidden agenda to 'convert' or proselytise". The National Secular Society has called for schools and local authorities to publish their own external visitor's policy which expressly forbids evangelism and the promotion of partisan religious views in the classroom.

Read the National secular Society's report into evangelism in schools