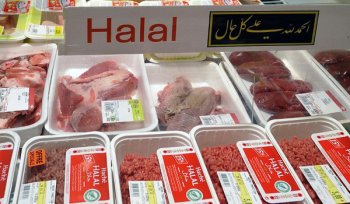 The Polish Catholic Bishops Conference has issued a statement in support of the campaign to reverse the country's ban on religious slaughter of animals.

In a declaration last week, the Presidium of the Conference of the Polish Episcopate said "throughout our long history Polish legislation never questioned the right to religious freedom". It also said that it shared "the view that Jewish religious communities and believers of Islam are entitled to preserve and implement their fundamental rights to freedom of religion and worship. It is their right to preserve their customs, including the ritual slaughter of animals".

The Bishops also criticised a "lack of consistency of legislators with respect to two conflicting laws, the law on the protection of animals on the one hand and the law governing the relationship between the Polish state and Jewish communities on the other hand".

The statement follows a recent visit to the Vatican by delegates from the World Jewish Congress who extracted from Pope Francis a promise that he would "look into the matter".

Ronald S. Lauder President of World Jewish Congress said on Monday: "We appreciate this statement, and we will hope that it will lead Polish legislators to revert the wrong decision they took".

In July, the Polish parliament, the Sjem, rejected a Government initiative to overturn the prohibition on religious slaughter citing animal welfare.

Terry Sanderson, president of the National Secular Society, commented: "This is obviously a Vatican initiative which has turned it into a confrontation between the Church and the state. We are told that Poland's Catholicism is weakening, so it will be interesting to see if the Bishops can force their will on to the parliament as easily as they have been able to in the past. This is a test of the strength of Poland's democracy in the face of a manipulative and determined theocratic power".