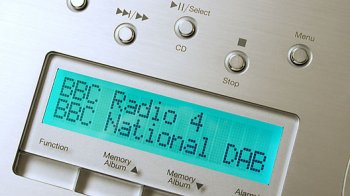 The BBC Trust has rejected a complaint of bias from the National Secular Society concerning a Thought for the Day slot broadcast immediately after its successful High Court challenge to prayers during council meetings.

The slot, broadcast on 14 February 2012 and delivered by the crossbench peer Lord Singh, portrayed the legal action as an attempt to impose secularist "beliefs and prejudices on others". The ruling and subsequent response from senior Government figures and political commentators made the subject matter a highly topical and controversial issue.

The NSS complaint argued that the three-minute broadcast was used to deliver biased commentary on a topical political controversy, without any right to reply or attempt to provide due impartiality.

Following a previous challenge to Thought for the Day from the NSS In 2009, the BBC said: "Whilst it may be acceptable for Thought for the Day contributors to reflect on topical issues, where a position is given on a controversial subject then it is probable that due impartiality will require that an appropriate balance is achieved."

Rejecting the latest complaint, the BBC Trust conceded that Lord Singh's broadcast dealt with a controversial subject, but refuted the claim of bias, saying it was satisfied that across BBC output a wide range of significant views and perspectives had been given to the subject of the High Court ruling.

The Trust claimed the Today Programme in which the slot had been broadcast fulfilled the impartiality requirements by featuring an extensive discussion with Richard Dawkins and an interview with the Minister for Faith and Communities, Baroness Warsi.

Stephen Evans, National Secular Society campaigns manager, said: "The idea that the inclusion of a notable atheist speaking on an entirely different subject matter, and an interview with Baroness Warsi, where she warned of the 'marginalisation of religion' somehow fulfilled the show's impartiality requirements is absurd.

"Lord Singh was permitted to use the slot to attack as 'intolerant', a legal challenge that successfully sought to establish that council meetings should be conducted in a manner equally welcoming to all councillors, regardless of their religious beliefs or lack of belief.

"The Trust's decision and reasoning demonstrates that it simply fails to understand, or refuses to acknowledge, the inequity that occurs by including an exclusively religious slot as part of Radio 4's flagship news programme. By allowing religious views — some of which can be considered as political opinion — to pass unchallenged, the BBC is betraying its supposed core values of fairness and balance.

"The BBCs blind spot concerning religion bias is bringing the institution into disrepute. It's about time the BBC recognised Thought for the Day as the discriminatory and anachronistic religious privilege that it is."

Earlier this year The BBC Trust prevented its own impartiality adviser from formally recommending that secular speakers be allowed on Radio 4's Thought for the Day.

Read the BBC Trust's Complaints and Appeals Board findings

Listen to Lord Singh's Thought for the Day broadcast