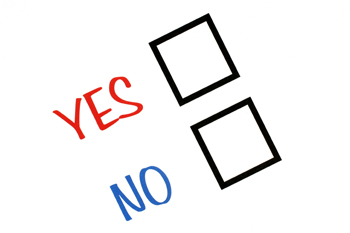 The people of the Swiss canton of Ticino, which lies in the South on the Italian border, are to vote in a referendum on Sunday on whether to ban face coverings.

The vote seeks to outlaw clothes that "hide one's face in public". There is an exemption for "the use of headgear for reasons of health, protective or defensive, helmets or masks." This leads some opponents to conclude that it is aimed specifically at Islamic veils, niqabs and burkas — even though only 2% of Ticino's 340,000 residents identify as Muslim, and none are known to wear face veils.

It is being proposed by Giorgio Ghiringhelli, a 61-year-old political activist and former journalist who says the idea is to "help curb Islamic extremism before it takes root", and would be "a strong signal for Switzerland and maybe for other countries" to follow suit.

Switzerland banned the construction of new minarets on mosques four years ago. It has also recently tightened laws governing asylum seekers, many of whom come from the Middle East and other traditionally Muslim parts of the world.

France and Belgium brought in legislation in 2011 that ban the wearing of clothes concealing or covering the face. Another Swiss canton tried to force a nationwide burqa ban in 2010, although parliament ultimately voted it down.

In the case of France, it is thought about 800 women have been stopped while wearing face coverings and 750 fined €150. They can also be ordered to take a course about French secular, republican values, but rarely are. Despite the law, women still walk around in face veils mostly untroubled by the police.

In Belgium, the Brussels police say that there have been "very few" fines as it is "extremely rare" to find women wearing a full veil — even though about a quarter of the city's population is now Muslim.

There are no opinion polls to predict the result in Ticino, but when the minaret referendum was held in 2009, polls showed that it would be rejected, In fact, it passed easily.

Ticino's local government has tried to water down Mr. Ghiringhelli's effort by putting an alternative on the ballot that would also ban most face-covering attire for reasons of public safety, but without requiring the canton to amend its constitution.