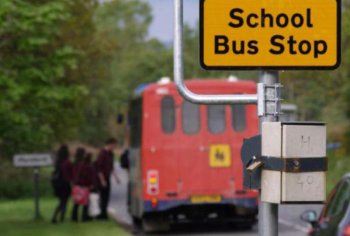 Somerset County Council is proposing to reduce subsidies for transport to faith schools in order to bring them into line with those for non-faith schools.

Under the proposals, the council would still pay a subsidy for faith school transport, but the charges would be brought in line with that paid by non-faith parents.

This is likely to affect about 200 families across Somerset.

The council has now launched a consultation about the proposals, which closes on 4 November.

The council pulled back from an original proposal to scrap faith school transport altogether after pressure from the schools and parents.

Councillor Frances Nicholson, cabinet member for children and families, said: "The current proposals have been put together in response to the feedback we received to previous proposals on the issue of faith transport subsidies. It's important that we hear the views of the public and that we take that into account when we are considering changes like this."

A decision on the new proposals is due in December. If accepted, the proposals will only affect children starting or transferring to a faith school from September 2014.

The consultation form can be accessed online.

Anyone requiring a hard copy of the survey or with any questions about taking part in the consultation can call 01823 355850 or email hreid@somerset.gov.uk.