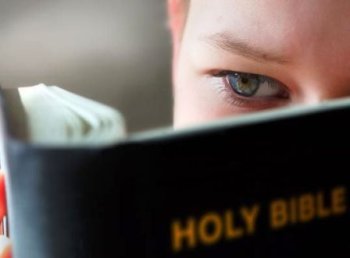 The Edinburgh Secular Society (ESS) has published a report criticising the increasing levels of religious proselytising and evangelising going on in Scottish schools.

The report comes after a year of research by the group, with some input from the NSS Scottish spokesperson Alistair McBay. It says that non-denominational schools in Scotland are being targeted by religious groups that aim to make converts.

The Times Educational Supplement Scotland (TESS) carried an article about the report in the latest edition, with comments from various religious groups.

A Scripture Union Scotland spokesperson said that her organisation agreed with the ESS that "pupils have a right to hear about different faith perspectives, and that proselytising within a school context is wholly inappropriate".

But the ESS's report says of the Scripture Union:

"Generally speaking our children / young people aren't coming to our churches but 99% of them are in school. We do well to be there and to encourage others to be there serving in a variety of ways.

"My hope — prayer — is that by being in school and being myself I can share something of Jesus that will connect with some of this 96% [sic.] and my feedback — gut reaction — is that this is welcomed. I'm just an ordinary guy who is a Christian and I want to dispel some of the misconceptions young people have about Jesus and Christianity so at least they will give Jesus a thought. I thank God that schools have been welcoming and allowed me and others in to do just this."

Worryingly, this programme encourages Christian volunteers, who often gain access to school under a Religious Observation (RO) remit as 'Youth Workers', to address and interact with pupils, unsupervised, in areas of the school such as common rooms, dining halls, sports days and class registration.

Wayne Dixon, a strong proponent of HAM, states: "I turn up, sign in and have a 'plan'. Usually I start in the common room before lunch, as there are usually students around and we chat about, well, anything and everything! Then the lunch bell goes and I'm out of the common room and starting my routine. I may start with lunch, where I sit with some students and chat and eat. Then I go on a walk about. There are usually some specific groups of young people whom I try to meet up with and catch up with, and this is just great. Then there is the unusual – the unplanned, but always very interesting. You should always expect the unexpected!"

In Larbert High School the full-time youth worker has been given an office within the school and is part of the 10 strong Chaplaincy Team. Worryingly, he states that: "Since taking on the new office it has enabled us to make contact and build relations with students of the school who would not normally seek us out. We have a small group of about 15 students who now come in every day at the start of school and during break time and lunch. Amazing opportunity to sow seeds!!"

Jon Reid, headteacher at Larbert, again denied to the TESS that there was any "hidden agenda" in the huge number of religious representatives operating in the school.

"It is extremely inaccurate to suggest chaplains inveigle their way into schools. Chaplains and other community figures are in schools by invitation of the headteacher to assist in whatever way the headteacher feels is helpful to the school. Chaplains are very clear that their job is not to impose their views on the school community."

Terry Sanderson, President of the National Secular Society, said: "This report touches on something very important that is happening in schools all over the country, not just in Scotland. With the absence of young people in their churches, religious organisations are engaging aggressively in 'outreach' work in schools, a place where pupils are bound by law to attend and from which there is no escape from the proselytising intentions of these religious groups.

"There is an acceptance from Governments that it is automatically 'a good thing' for evangelical groups – some of them quite extreme – to freely march into schools and use manipulative techniques to make new recruits. Reading Wayne Dixon's account of how he opportunistically inveigles himself into the confidence of pupils is really quite chilling."

Mr Sanderson said that the Church of Scotland's stated "disappointment" at the ESS's comments are an attempt to deflect attention away from their activities in schools. "It's very easy for these religious representatives to deny that they have any proselytising intentions, but their activities clearly indicate otherwise."