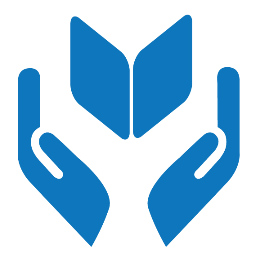 The Derby Telegraph is reporting that a Muslim free school that was set up as being "based on Muslim principles, but not as a Muslim school" is now demanding that women teachers sign new contracts obliging them to wear hijabs — whether they are Muslim or not.

Staff at the Al-Madinah School are raising their concerns with their unions — including complaints that girl pupils are being made to sit at the back of the classroom, whether or not they can see the board.

The Derby Telegraph reports that two women, who refused to comment, were spotted taking off their hijabs as soon as they were out of sight of the school during the lunch hour. The paper has not been able to get a comment from anyone connected with the school.

The school is already under investigation from the Education Funding Agency for alleged irregularities over grant funding. It is understood that the new contracts for staff also include rules about not taking non-halal food into the school and not being allowed to wear jewellery.

Nick Raine, regional NUT officer, said he was "very worried" about the school and the education of the 200 children there. He told the Telegraph: "It's one thing to have a dress code which we can challenge and quite another to build it into a contract. There are worries over practices concerning the discrimination between male and female pupils in the school."

When the school was originally set up in 2012, the then head teacher Andrew Cutts-McKay, said that he aimed for half the pupils to be Muslim and half not. He assured parents that "the timetable will be flexible with time for Islamic teaching but pupils will be able to opt out of this and there will be a chance to learn about other faiths". Mr Mckay left his post after less than a year.

Sue Arguile, branch secretary of Derby National Union of Teachers, said: "This school was first launched as based on Muslim principles and not as a Muslim school. If the school is not sticking to the original reasons behind why it was set up, then it does call into question whether public money is being used properly and for its intended purpose."

According to the school's website, one of the school's distinct features is the offering of an Islamic studies program, which includes Quran reading. The school also says it teaches Islamic jurisprudence, oneness of God and Islamic beliefs. Daily prayers and weekly religious assembly also takes place.

Terry Sanderson, President of the National Secular Society, said: "This school is due to be inspected soon. We hope that the Government will ensure that it is not drifting away from its original promises and towards exclusivity. This is the danger with this free school system — promises are being made that are not worth the paper they're printed on."