Moroccan Christian jailed for “shaking the faith of a Muslim” 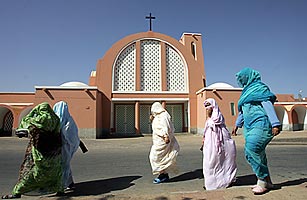 A Moroccan Christian man has been jailed for two-and-a-half years and fined for evangelising.

He was arrested after his house was raided on August 28 and items linked to his faith such as his Bible were confiscated.

Propagating Christianity is prohibited under Article 220 of the Moroccan Penal Code. The law states that it is unlawful to stop one or more persons from practising their religion by force, violence or threats.

By law, the maximum punishment for this offence is three-to-six months' imprisonment and a fine of 200 to 500 dirhams. However, el Baldi has been punished much more strictly.

El Baldi, who is understood to have converted to Christianity around seven years ago, admitted friendship with two American Christians, who provided him with Christian materials, and confirmed that he attended Christian meetings in the cities of Meknes and Rabat.

During the court hearing, his mother was said to have been hysterical and to have asked Allah to exact revenge on whoever "tampered" with the mind of her son.

Morocco is ranked 39th in the Open Doors International's World Watch List, which reports on countries where it is difficult to practice Christianity.

In 2010, a number of foreign Christians were declared as "a danger" to the country and expelled.

Of the 33 million population of Morocco, over 99% is Muslim. The rest is comprised predominantly of Christians and Jews.