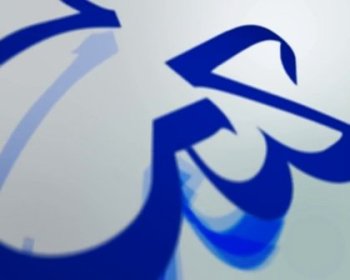 Noor TV, which broadcasts from Birmingham and is aimed at young Muslims, was fined £85,000 after a presenter launched a rant saying that it was every Muslim's duty to murder anyone who insults the prophet Mohammad. A large masthead on its website proclaims that it is "Spreading love, peace and harmony across the globe".

Noor TV says its mission is to "present a balanced, moderate and true face of Islam to both Muslims and non-Muslim communities across the globe".

On a programme called Message from Mustafa, the presenter Allama Muhammad Farooq Nizami was asked by a caller what punishment was due to anyone insulting Islam. Nizami replied:

"One has to choose one's own method. Our way is the peaceful way but when someone crosses the limits, faith-based emotions are instigated. The mission of our life is to protect the sanctity of our beloved Lord. May Allah accept us wherever there is a need to kill a blasphemer. We are ready, and should be ready at all times, to kill a blasphemer."

Several viewers immediately contacted Ofcom to complain, fearing that young people might be radicalised by the broadcast.

Indeed, as well as imposing a fine, Ofcom said the comments were "likely to encourage or incite the commission of crime or to lead to disorder."

It added that it was concerned that young people watching the show could become "radicalised" or take "violent and criminal action as a result of watching videos of Muslims with extreme views."

The remarks were deemed to be so inflammatory that they could have inspired a repeat of the murder of Dutch filmmaker Theo Van Gough, who was killed after Islamic clerics condemned his film criticising the treatment of Muslim women.

Ofcom also ordered the TV station not to repeat the segment and to broadcast a statement of its findings. Mr Nizami has subsequently been fired by the station.

In its statement Ofcom said Al Ehya Digital – which owns the licence for Noor TV - has not yet broadcast an apology or condemnation of Nizami's remarks and appears not to have recognised the gravity of the comments.

Three years ago, Al Ehya was fined £75,000 for appealing for viewers to donate money in return for 'prayers or the receipt of a "special gift" of earth from the tomb of Prophet Mohammed.'

Meanwhile Takbeer TV – a station aimed at Sunni Muslims and also based in Birmingham – was fined £25,000 for broadcasting programmes about the minority Ahmadi Muslim community and "using words that amounted to abusive treatment of the Ahmadiyya religion and the Ahmadi community more generally."

In its report, Ofcon said:

"For example, they [the Ahmadis] were described as having "monstrous" intentions and being both "lying monsters" and worthy of elimination by Allah, "by using worms and vermin.

"One of the panellists and a caller made statements that were highly abusive to members of the Ahmadi community and their beliefs, by, for example, equating such beliefs to having "piles" and agreeing that Ahmadis require "operating on ... without ... anaesthesia"; and two callers made sustained, repeated and derogatory references to Mirza Ghulam Ahmad Qadiani, founder of the Ahmadiyya religion, stating, for example, that "the whole world knows... Mirza died in a shit cubicle."

Ofcom considered that breaches of its rules forbidding "abusive treatment of the religious views and beliefs of those belonging to a particular religion or religious denomination" were particularly serious "when the abusive treatment related to a long standing and inflammatory dispute between religious groups."

Ofcom understood this to be the case in this instance, with the Ahmadi minority being considered by some to be heretics and non-Muslim, especially in countries with Sunni majorities. Ofcom understood that there had been historical tensions between the two communities, which had in some instances resulted in acts of violence against Ahmadis.

"Under such circumstances, broadcasters must take great care when broadcasting views that may be abusive towards such a minority religion and its followers." Ofcom said. "Takbeer TV would have been reasonably expected to take such care especially given that it is aimed at members of the Sunni Muslim community in the UK and internationally."