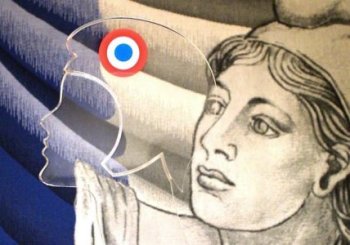 The French Education Minister Vincent Peillon has unveiled the controversial secularism charter which is to be displayed in a prominent position in every school to remind pupils and teachers of the country's secular, Republican principles.

The Minister says the charter is designed to promote "absolute respect for freedom of conscience".

The charter's 15 principles have been much discussed and have already been condemned as "an attack on Islam".

On Sunday, Mr Peillon told the Journal du Dimanche newspaper that: "The first article of our constitution states that the Republic is indivisible, democratic, social and secular. The school must teach these values, explain their meanings and their history. Because if we do not teach them, we should not be surprised if they are misunderstood or even ignored," he said.

The Minister rejected accusations that the charter was a veiled attack on Islam. For instance, Abdallah Zekri, president of the Observatory on Islamophobia told Le Parisien he felt "targeted" by the charter. "This charter was supposedly made to combat communitarianism... But honestly, I feel targeted because now when anyone talks about 'communitarianism,' they're really talking about Muslims," he said.

Mr Peillon denied this, telling Journal du Dimanche: "Absolutely not! Secularism is not against any religion. It provides a protected and neutral space in which to give everyone, regardless of religion, regardless of their social or geographical origin, the means to choose and build a life."

Others think the charter does not go far enough to defend France's strict separation of church and state, which is termed laïcité.

Michèle Tabarot, a centre-right opposition UMP deputy said: "The reality is that in the last few years, the Left has singularly lacked courage in the difficult struggle to defend secularism. This decision is totally in keeping with the pussyfooting image of this government."

Philippe Tournier, Secretary-General of France's union of headteachers, told Europe 1 radio he welcomed the secularism charter in principle, but worried about problems in implementing it. "The intentions are absolutely positive, but the essential thing still remains — putting into force what [the charter] affirms," he said.

In April, Mr Peillon revealed his plans for school pupils to debate "secular morality" for one hour every week. "Teaching and sharing the values of the Republic is a responsibility for each school," Peillon said at the time.

Earlier this year the High Council of Integration recommended that the ban on religious symbols in schools be extended to include universities. It said that there was increasing conflict over students wearing religious clothes, demanding prayer spaces and special menus in university canteens.

There is no definitive English translation of the French schools charter yet but the key points are:

The French version, as it will appear in schools, can be read here.

See also: The National Secular Society this week published its own position on attempts to legally ban the burka and niqab in the UK.