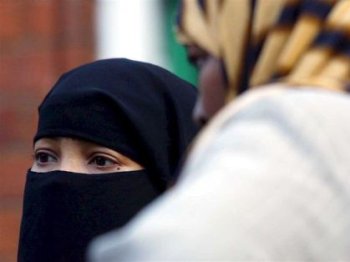 Birmingham Metropolitan College, which earlier this week issued a ban on all face coverings on college premises, has now modified the policy to permit the wearing of niqabs or Muslim face veils.

The about-turn came after Muslim women at the college raised objections and a petition was started and signed by over nine thousand people. A protest had also been arranged for the weekend.

The college has now issued a statement saying it has decided to modify its stance to allow individuals to wear "specific items of personal clothing to reflect their cultural values". The original policy said that students must remove all hoodies, hats, caps and veils while on the premises so that they were easily identifiable.

"Birmingham Metropolitan College is committed to high quality education for all of our learners.

"We are concerned that recent media attention is detracting from our core mission of providing high quality learning. As a consequence, we will modify our policies to allow individuals to wear specific items of personal clothing to reflect their cultural values.

"The college will still need to be able to confirm an individual's identity in order to maintain safeguarding and security.

"The necessity to comply with national regulations, examination board requirements and applicable legislation will remain an overriding priority in all circumstances, as will the need to ensure that effective teaching and learning methodologies are applied.

"We have listened to the views of our students and we are confident that this modification to our policies will meet the needs of all of our learners and stakeholders.

"We remain committed to ensuring that students are provided with a safe and welcoming environment and the best education and training opportunities available."

Meanwhile, a Hackney woman who appeared in court on charges of intimidating a witness, refused to remove her niqab, causing a confrontation with the judge at Blackfriars Crown Court.

Eventually the woman was allowed to identify herself to a female police officer and retain the niqab. But the judge warned her that this won't necessarily be the case when her trial begins next week.

Judge Peter Murphy said: "It cannot be satisfactory that one judge may go one way and another judge will go another way. Is it not right that there must be a common approach?"

The judge warned that in the absence of a clearer position, some faiths could be given a "degree of privilege".

The judge will rule on Monday how the issue should be dealt with when the trial begins.

See also: German Muslim girl must go to swimming lessons (even if it's in a burkini)