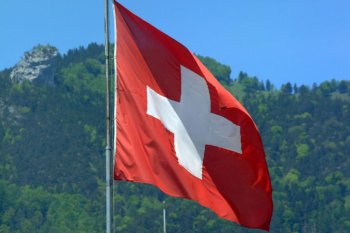 Switzerland wants to get rid of its old-fashioned "hymn-like" national anthem and replace it with a modern, secular version.

The Swiss Society for Public Utility (SGG) has launched a competition — open only to Swiss nationals and other residents — with a first prize of £7,080. It will run from January to June next year.

The current anthem, called the Swiss Psalm, was written in 1841 and includes the words:

When the morning skies grow red,

and over us their radiance shed

Thou, O Lord, appeareth in their light

when the alps glow bright with splendor,

pray to God, to Him surrender

for you feel and understand

that He dwelleth in this land.

In the sunset Thou art night

and beyond the starry sky

Thou, O loving father, ever near,

when to Heaven we are departing

joy and bliss Thou'lt be imparting

for we feel and understand

that Thou dwellest in this land.

The organisers of the competition want the words of the new anthem to be based on the preamble to the Swiss constitution, which talks (in part) of the Swiss people's "striving... to strengthen their freedom and democracy, independence and peace in solidarity and openness to the world." It also speaks of "living together in mutual consideration and respect for differences."

According to the Swiss government's own figures, by 2000, only 16% of the population claimed that religion was "very important" to them. Moreover, 11.1% of the population followed no religion at all. A 2006 report on atheism around the world by Impact Labs reveals the percentage of Swiss who said they don't believe in God had risen to 27% and the number is still rising.

The winning anthem will be presented to the Swiss government for final approval.