Survey reveals RE as least useful subject on the curriculum 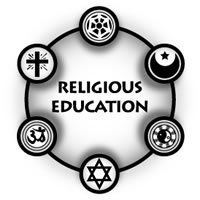 A new survey on life at school has revealed that RE is regarded as the least useful subject to learn.

The survey by Opinium Research asked more than 1,800 adults who attended UK secondary schools which subject they thought was the least beneficial to their education. Just over one in five (21%) said religious education. This was followed by art (chosen by 16%) and PE (10%).

Stephen Evans, campaigns manager at the National Secular Society, said: "These results are unsurprising. For too long RE has been allowed to carry on with no clear educational purpose.

"It's time religious education was replaced with a new programme of study under the heading of philosophy and ethics. A reformed subject would still include education about religion, but without the inherent bias that results from the syllabus being left in the hands of vested interests intent on promoting their beliefs in schools."