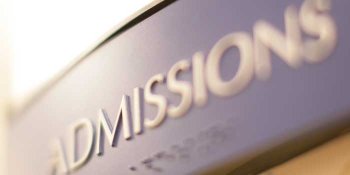 The Office of the Schools Adjudicator has rejected a complaint concerning a non-religiously designated academy in Solihull that gave priority in admissions to pupils from a religiously selective 'faith school'. The National Secular Society was one of the complainants in the case.

Tudor Grange Academy had originally planned to give priority to children at two schools that use criteria favouring pupils whose parents attend Church of England services in their admission arrangements.

Tudor Grange subsequently revised its admissions policy to no longer prioritise pupils from one Church school (St Alphege CofE) but still opted to prioritise pupils attending another Church school (St James) above pupils living in the catchment area. St James, which is part of the Tudor Grange Multi-Academy Trust, concurrently launched a consultation on proposals to remove of its faith criteria for admissions.

Certain schools with a 'religious character' are permitted to operate admissions policies that discriminate against children on religious grounds when the school is oversubscribed. However, Section 1.9 of the Admissions Code prohibits non-religiously designated schools from prioritising children on the basis of their own or their parents' activities.

However, in its ruling the Schools Adjudicator found that in this particular circumstance, as St James had been undersubscribed for several years, no indirect discrimination would occur.

The ruling agreed that if there were to be children at the feeder school who had been prioritised on the basis of faith, and if these children were then to be prioritised over catchment area children for admission to Tudor Grange Academy, this might constitute indirect discrimination. However the ruling also said this would not necessarily be unlawful under equalities legislation as long as the school could show that the criterion is objectively justified as a proportionate means of achieving a legitimate aim.

Jenny Woodruff, who fronted a local campaign against the school's proposals, said: "We are disappointed that the potential for indirect religious discrimination in the original proposals was not evaluated as this was relevant to other arguments, such as compliance with the Public Sector Equality Duty. We are disappointed that there is no recognition that given other suitable choices, those without religious beliefs would be less likely to attend faith schools even if faith were not a requirement for admission which could create an advantage in feeder school arrangements."

"While we're disappointed by the ruling, we are pleased that the Schools Adjudicator has at least recognised that community school admission arrangements that indirectly disadvantage children from non-churchgoing backgrounds through the naming of feeder schools, are potentially unlawful, even if that isn't necessarily the case in this instance.

"However, we are very concerned by the adjudicators' contention that within the context of admissions to a non-religiously designated school, indirect discrimination on grounds of religion and belief could be in some way justified.

"The ideal way to achieve fairer admissions is to bring an end to all religious selection in state-funded schools.

"The truth is however, the naming of faith schools as feeder schools — even those without faith based selection policies — further disadvantages the non-religious in our state education system. We're told that the existence of 'faith schools' creates greater parental choice, but for many parents, the exact opposite is often true."

The full determination from the OSA is available here