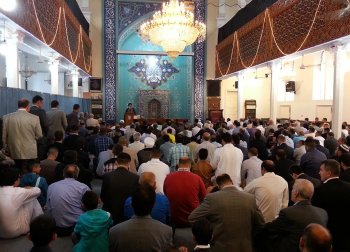 A new report from the Runnymede Trust entitled The New Muslims says it "seeks to challenge dominant representations of Muslims in Britain by gathering the views and insights of researchers who have been seeking to understand the contemporary identities of those racialised as Muslim in the UK and the politics which surrounds their presence."

The report says that dominant perceptions of Muslims are damaging as they do not take into account the vast complexities and differences in British Muslim identities. It calls for more public money to be put into Muslim women's groups because without it they have to work "within restrictive frameworks that may not be best suited to the communities they serve."

The report says that debates on integration of schooling must factor in experiences of anti-Muslim racism, the importance of Muslim group solidarity as a potentially positive feature of school life and be aware of the ways in which international and national events shape local Muslim experiences within schools

The report seeks to create a more positive perception of Muslim lives in Britain, saying that "Statistics published by the Ministry of Defence in 2012 showed that 650 Muslims serving in the UK armed services. Of these 550 are in the British army, constituting 0.5% of the total."

Rob Berkeley, the Director of The Runnymede Trust — which describes itself as the UK's leading race equality think-tank — said: "Through this publication we hope in some small way to counter the dominant understandings of British Muslim identities where these are based on falsehoods and generalizations, and to highlight the complexities, nuances and diversity of identities among Muslims in Britain. We do this as part of our ongoing project to ensure that our public policy debates and public discussions are based on robust, evidence-based analysis rather than sensationalist, knee-jerk responses."

Among other findings in the report:

The report is accompanied by a film called 'Muslim Multicultures' and a series of recorded conversations which explore the challenges currently facing Muslims in Britain. Participants include Rushanara Ali MP, Humza Yousaf MEP, Yasir Mizra of the Guardian and the graffiti artist Mohammad Ali.

Terry Sanderson, President of the National Secular Society, said: "We welcome any attempt to create better relationships between the many Muslim communities in this country and the mainstream. Whether or not this report has the answers is open to question. For any kind of integration to occur there must be give and take on both sides. We feel strongly that this report should be read alongside Professor Ted Cantle's latest book Interculturalism: The New Era of Cohesion and Diversity."