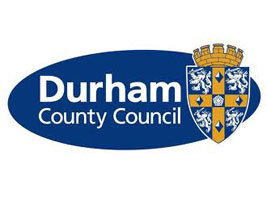 The mother of two boys attending a Catholic school in Durham says she was told by the council that the younger of the two could not have free transport on the school bus because he wasn't baptised.

Her other son Connor, aged 16, was granted a pass for the bus — even though he wasn't baptised, either. When she told the council this, they said that Connor had been given the pass by mistake.

According to the Northern Echo, Debra Maughan of Langley Park, near Durham, said that when she contacted Durham County Council she was told that her younger son Rhys, aged 11, could not get a place on the school bus because he was not baptised a Catholic — a statement that has been denied by the authority.

"I pointed out that Connor had not been baptised either but that he had a free travel, but was told it was a mistake (that he had been granted it)," Mrs Maughan told the Echo. "Whatever the council's argument, I cannot see why Rhys should not be given free travel, as well. He has never travelled on public transport and won't know where to get off or anything. It would be far better if he could travel with his elder brother."

County council school admissions and transport manager Jane Jack told the paper: "Under the present policy — introduced in September 2012 — we provide free school transport to pupils attending their nearest suitable school if the distance is over three miles. In this case St Leonard's RC School is not the nearest suitable school and therefore the youngest son is not eligible for free transport. The family can however apply for a concessionary seat on transport from Langley Park."

She added: "The older brother's application for free transport was made under the previous policy and it was granted in error due to a mistake in information on the council's records, which has only recently come to light.

"However, because the older son was already in receipt of free travel, the council has agreed not to withdraw it unless there is a change in the family's circumstances, such as a change in address."

Terry Sanderson, President of the National Secular Society, said: "This shows what can happen when you practice religious discrimination in schools. When you favour people from one religion above another, then this kind of anomaly and injustice is inevitable. Durham Council — and every local authority — should treat all children equally during their education."