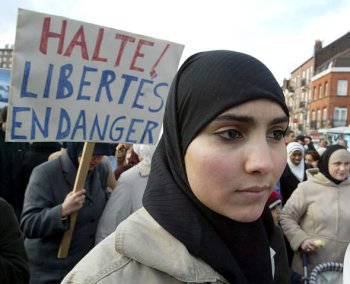 A French Government-funded research institute is recommending that the wearing of religious symbols — such as crucifixes, Jewish Kippahs and Muslim headscarves — should be banned in the country's universities to ease "escalating religious tensions in all areas of university life."

The High Council of Integration (HCI) made 12 recommendations including the banning of "symbols and garments ostentatiously manifesting religious belief in classrooms, locations and situations of research or education in public institutions of higher education." The HCI goes on to oppose requests for universities to allow students to observe religious dietary restrictions or holidays.

Citing the 1984 Savary law, which specifies that students' freedom of expression "must not interfere with teaching or public order", the HCI deplores that "some universities" face "requests for excused absences, for permission to wear religious signs, for non-participation in mixed-sex education both at the levels of students and of teachers, to contest the content of teaching, for the respect of dietary restrictions, for the granting of locations for religious worship or communitarian usage […] These problems have not disappeared, but are spreading."

The report says its research has shown that some universities have experienced problems from demands to be "excused from attendance for religious reasons...for separation of the sexes in lectures and seminars, instances of proselytising, disagreements over the curriculum, and the wearing of religious clothes and symbols."

The report's authors, led by Alain Seksig, France's Inspector-General of National Education, said it was trying to create respect for the idea of "religious neutrality" in French universities.

According to the report, the Education Code stipulates that "the public service of higher education is secular and independent of any political, economic, religious or ideological influence." The report's authors say they therefore "see no reason why higher education should enjoy the hypothetical status of extra-territoriality."

In 2011, France passed a law which banned the wearing in public of the full-face veil, the niqab. The ban also applied to the burqa, a full-body covering, if it covers the face. The wearing of hijabs or headscarves was not affected by this, although human rights groups protested that the law violated the women's right to free expression.

Last month there were riots in the town of Trappes near Versailles after a veiled Muslim woman was challenged. Six people were arrested during hours of street violence.

After the protests, France's Interior Minister, Maneul Valls told the RTL radio station: "The law banning full-face veils is a law in the interest of women and against those values having nothing to do with our traditions and values. It must be enforced everywhere."

According to a report in Le Nouvel Observateur, "Argenteuil is a powder keg that is waiting to explode, under intense surveillance by the intelligence agencies — the DCRI (Central Directorate for Interior Intelligence) and SDIG (Sub-Directorate for General Information) — whose alarming reports on Islamist radicalization are communicated to the highest levels of the state … The worst may yet be to come."

France has one of the largest Muslim populations in Europe and the influence of Islam is growing. Out of the estimated 5 million Muslims, it is estimated that between 400 and 2,000 women wear face-covering veils.

However, the law seems unenforceable and the police are reluctant to confront women wearing niqabs and burqas, particularly in areas with concentrations of Muslims.

See also: The French town that has abandoned secularism 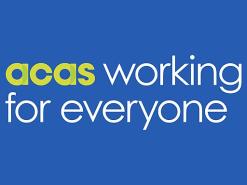 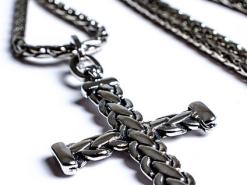 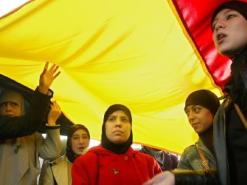