Belgium: State funding to be withdrawn from religious schools that fail to teach mandatory curriculum 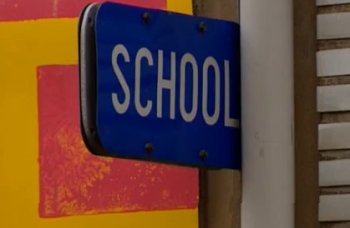 New Belgian regulations that compel religious schools to teach the country's mandatory curriculum in full have been criticised by ultra-Orthodox Charedi Jews.

Earlier this year, the Flemish government issued new rules that would force both state-funded and private schools to teach mandatory curriculums — including evolutionary biology, human reproduction and other subjects considered "taboo" by the Charedi. Failure to teach the curriculum in full will result in the withdrawal of state funding.

The move to bring Charedi Orthodox schools into conformity with secular educational standards has been prompted by the disproportionately high Charedi poverty rate. 25% of Antwerp's Haredim reportedly live below the poverty line, compared to less than 10% of the Belgian population as a whole.

Recent data shows that only 8.6% of Charedi high school graduates pursue higher education. The national average among all citizens is reportedly about 50%.

In 2012, government auditors found that Antwerp's largest Jewish state-funded school, which has 800 students, failed to meet minimum educational standards due in part to its censorship of educational materials.

The new conditions for state funding have angered many in the Charedi community.

According to Shmarya Rosenberg at FailedMessiah.com: "Haredi proponents of including secular subjects and ending (or drastically reducing) censorship in Haredi schools are in the clear minority. But even they do not support what some call the government's heavy handed methods which would see 12-year-old Haredi children taught about reproduction and sex — subjects most Haredim learn about only days before their wedding in special one-on-one classes with Haredi advisors who teach them the basics of sex and, sometimes, of human reproduction, as well."

Menachem, a father of eight from Antwerp and a member of the Satmar Hasidic sect, told the Jewish Telegraphic Agency: "For us, the new regulations could mean exile. I will send my children to England. It's tough, but it's better than having their minds polluted."

Meanwhile, in England, government plans to place greater emphasis on evolution in biology classes as part of its proposals to reform GCSE content have been criticised for "causing problems" for strictly Orthodox Jewish faith schools. There is at present just one state maintained Charedi Jewish school in the UK.

Unconfirmed reports earlier this year suggested that a question deemed unsuitable by Charedi teachers in a GSCE science exam was blacked out for pupils who sat it. The matter has been taken up by the National Secular Society with the relevant exam board.