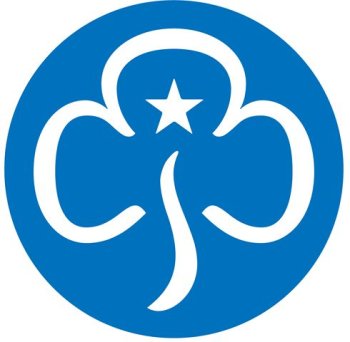 An atheist Guide leader in Harrogate has been told she will not be able to take the new Girlguide Promise because local troop leaders are refusing to drop God from their traditional promise.

Former Brownie and Girlguide, Jem Henderson, joined the Girlguides as a volunteer leader in June after hearing about the introduction of a new secular Promise. The new pledge comes into effect from 1 September, but this week Ms Henderson was informed by the pack leader that she wouldn't be able to take the revised Promise as the unit will be keeping the overtly religious one.

In June, the Girlguides announced it would update its Promise to emphasise that guiding is open to all girls. The updated Promise replaced the phrase 'to love my God' with 'be true to myself and develop my beliefs'.

The change was made after a public consultation involving nearly 44,000 people of all ages, from inside and outside the organisation, showed that different wording was needed to include all girls, of all faiths and none, more explicitly in the Promise.

Following the announcement in June, local Guide leaders in Harrogate – along with the Minister of the local United Reformed Church – wrote a joint letter to the local press to express their "dismay" at the change. Their letter described the previous Promise 'to love my God' as "inclusive" and insisted: "Girlguiding has God at its core and anyone who has issue with this is free to start their own organisation."

Jem Henderson said: "The pack leader's insistence on keeping the old promise excludes me and any other atheist girls from the troop, or asks us to lie when making the promise, something that surely goes against the Guiding principles. This demonstrates that the new promise is just for show, and that the Guiding movement, at least in Harrogate, is still excluding people from secular walks of life."

The National Secular Society has written to Girlguiding UK seeking clarification that all units will be required to use the new Promise.

Stephen Evans, campaigns manager at the National Secular Society said: "The introduction of one secular Promise for all was a hugely positive and welcome development. It is disgraceful that some within the movement are letting their personal beliefs stand in the way of the clear will of the organisation and the vast majority of people that took part in the consultation.

"Girlguides were very clear in their wish for all members to make the same Promise. We therefore trust the organisation will ensure all units implement the new promise without fail to ensure Girlguiding is equally welcoming to all girls, whatever their religious beliefs."