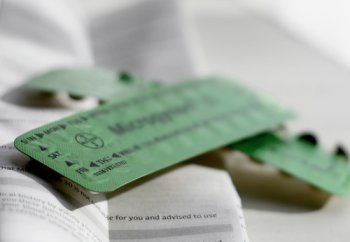 The General Pharmaceutical Council is conducting a misconduct hearing against a Polish Catholic pharmacist, who allegedly told a woman that she was "plotting murder" after she asked for the morning after pill.

Piotr Majchrowicz, who worked for Boots in Blyth Northumberland, also allegedly subjected the woman to a rant on the evils of abortion and his hard-line Catholic take on birth control. The young woman says he told her, "Ending a life is ending a life, so be it on your conscience."

Majchrowicz left his job in Boots in January 2012 after allegedly making the woman feel like a 'murderer'. Under GPC guidelines, any pharmacist exercising their "religious conscience" in refusing to dispense contraception is required to direct the customer to another pharmacy where the order will be fulfilled. Mr Majchrowicz failed to do this.

John Hepworth, who was representing the GPC, told the inquiry that the young woman (who cannot be identified for legal reasons) "...was told by the registrant that essentially what you are doing is a chemical abortion and you are ending a life. This was his regular practice. He was not at all sensitive to the patient who, by her own admission, was nervous and embarrassed when she came to seek the medication from him. There is no doubt that she was distressed. She had been made to feel like a 'murderer'".

After lecturing the young woman on the evils of contraception, Mr Majchrowicz eventually dispensed the pill but was "clearly reluctant to do so", the hearing was told.

Mr Majchrowicz told the hearing: that contraception can be regarded as "ending a life", a view, he says, that he shares.

The hearing continues. If the inquiry finds against him he could face being struck off the pharmaceutical register.