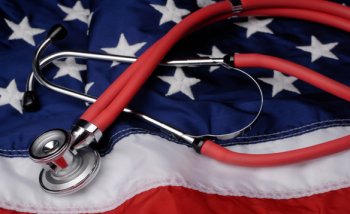 An open letter issued by the American Catholic Bishops Conference which seeks legal restrictions on abortion and contraception has been condemned as "Orwellian" by the Catholics for Choice organisation.

"If ever we needed proof that the bishops' agenda had nothing to do with religious freedom, this is it. While they pretend to cherish freedom of religion, the reality is that they have a political agenda to impose their views on everybody.

"The bishops want to make healthcare decisions, marriage decisions and lifestyle decisions for all Americans. And they want the government to change the rules to assist the bishops in doing so. George Orwell would be proud of them.

"This should be a lesson to the Obama administration that it will never be able to placate extremist religious views — and it should stop trying. Its attempt to make a deal with the bishops was never going to work, as the bishops will never be satisfied.

"The list of signatories indicates that this is about political partisanship, pure and simple. These groups are not interested in respecting the conscience-based decisions of individuals; they want to impose their narrow, ultraconservative vision on society, and they don't care whose rights they destroy in doing so."