New evidence that churches are completely out of step with society 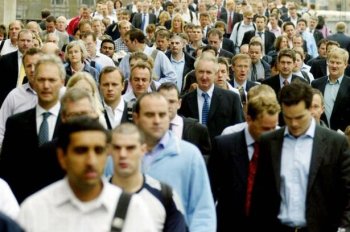 New research for the Westminster Faith Debates shows that the Church of England is not only wildly out of step with the country at large, but also with its own members.

The polling — conducted by Yougov among over 4,000 people — covers issues such as abortion, attitudes to sex and what role women should have in the church.

On the issue of abortion, the views of people with religious affiliations do not differ much from the population as a whole. The research shows that support for abortion rights is growing in both groups.

The poll shows that 43% of people who identify with a religion are in favour of keeping or raising the current 24 week limit (compared with 46% of the general population), 30% would like to see it lowered (compared with 28%), and 9% support a ban (compared with 7%). The remainder of people say they 'don't know'.

Even though the Roman Catholic Church teaches that abortion is always wrong and should be illegal, only 14% of Catholics in this country are in favour of a ban.

Even among those who think life begins at conception, three quarters believe abortion is acceptable up to 12 weeks and half believe it should be allowed up to 20 weeks.

Those who say they rely on external religious sources for guidance, and whose religion offers an anti-abortion message, are, unsurprisingly, the most likely to be hostile to abortion.

The survey finds that most people in Great Britain — including religious people — rely most on their own judgment or feelings or the advice of family and friends for guidance.

Among the population as a whole, anti-abortion sentiment is declining and support for current abortion law is growing. Comparisons with earlier YouGov polls reveal that the percentage of the population who would like to see a ban on abortion has fallen from 12% in 2005 to 7% today.

Of those who expressed a view, support for keeping (or even relaxing) the current 24 week limit has risen by about one-third to a clear majority (57%) today.

On the issue of contraception — although the Catholic Church condemns the use of birth control, only 9% of Catholics in the survey said they would feel guilty about using it.

The least guilty are those of no religion — only half would feel guilty about extra-marital sex.

On the issue of religion's treatment of women, there was overwhelming disapproval.

Only 8% of the population express approval of the Church of England's current policies towards women — and that includes Anglicans.

Age, gender, social class, and educational level do not make any appreciable difference to this proportion. The figure falls to 3% among those who don't affiliate with any religion.

Amongst actively practising Anglicans, only 16% express approval. Even the most devout and obedient of Anglicans (7% of the total), only a quarter express approval of the Church of England's current policies towards women.

More Catholics than Anglicans approve of their Church's policies — 22% compared with 11%, but it is still a small proportion. Amongst practising Catholics that figure rises to 31%, and to about half of Catholics who are most respectful of Church teaching.

The overwhelming majority of people, both religious and non-religious, think religions would be better off with more women leaders.

Professor Linda Woodhead who has led this research commented: "These new findings show that the churches are seriously out of step not only with society but with their own members. In failing to allow women's leadership in the churches, church leaders are privileging the views of a tiny, disproportionately male, group of people over the views of the vast majority of people in their own churches and in the country as a whole."

Terry Sanderson, President of the National Secular Society, said: "This research is further confirmation of what has been very obvious for some time now — the churches are not only out of step with society, they are at odds with it. They do not even reflect the views of their own members. The question then becomes — why does the Government pay so much attention to them and give them so much influence?

"More to the point, why are they being given such influence over our education system to perpetuate ideas that very few people support — in fact, that most people are appalled by?"