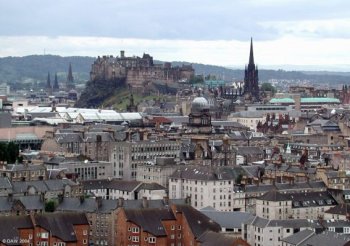 The representatives are appointed after nomination by their local churches and have full voting rights on all educational issues coming before their local authority. Their expenses are paid for by council-tax payers. The undemocratic nature of the appointments has angered many elected officials.

In a significant number of areas of Scotland, these unelected representatives hold sway. Church of Scotland's Church and Society Council, in a report earlier this year to their General Assembly, claimed "We estimate that... Church Representatives hold the balance of power on 19 Local Authority Committees (of 32)."

The Local Government (Scotland) Act 1994 requires local authorities to appoint a representative of the Church of Scotland, an official from the Roman Catholic Church, and another religious figure to their education committees.

Edinburgh Secular Society has argued that continuing with this practice is damaging to local democracy in Scotland, and politics in general.

Patrick Harvie, MSP for Glasgow, said: "In a society in which increasing numbers of people don't practice any religion, it's high time that we questioned a practice which gives religious hierarchies an influence over every child's education. I'm particularly concerned at the involvement of people who would promote utterly unscientific notions like creationism; pushing this absurd ideology at children is the very opposite of education."

Bailie Dr Nina Baker, Glasgow City councillor (one of two Scottish Green Party seats on the city council's executive), told the ESS: "Whilst I can see that representatives of major world faiths might have a role in advising on curriculum content for the teaching of comparative religion in schools, I believe they should have no right to vote on councils' decision-making bodies. Those votes should be reserved for accountable, elected members only. A recent contribution from the Roman Catholic representative on Glasgow's executive was to make clear his church could never accept the principle and practice of shared-campus schools, a policy with full cross-party support."

Commenting on the presence of unelected religious representatives on local authority education committees, City of Edinburgh Councillor Sandy Howat added: "Unelected, unaccountable and I would suggest untenable? Undemocratic influence over public education is fundamentally at odds with the principles of respect, equality and shared freedoms. All contributions to committee deliberations should be welcomed, yet continued undemocratic privilege of the few over the many is an outdated tradition we should remove. As we look to create a fairer Scotland with liberty at its core, we need to ask ourselves what this 'privilege' says about our values; it's time for a new enlightenment."

Edinburgh Secular Society point out that the 'religious representative' placements are not open to those without any declared religious beliefs, nor to humanists, or to the many minority religious faith groups, as the law calls for representatives to have a recognised 'place of worship'.

Edinburgh Secular Society is calling on the Scottish Government to review the clause, with a view to removing it from the Act. The group also believes that it is not compliant with the Equality Act 2010.