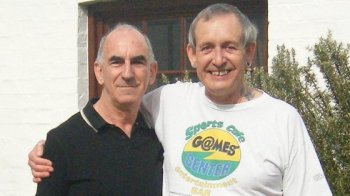 The Christian owner of a bed and breakfast who was found guilty of discrimination after she refused a double room to a gay couple has lost her latest appeal.

She is now planning to take the issue to the Supreme Court.

The Master of the Rolls Lord Dyson said in his ruling at the Court of Appeal today that in his opinion it was a matter of indirect rather than direct discrimination, which can be lawful if the policy is justified. But he was bound to follow a previous ruling that had found direct discrimination in the case.

The ruling relates to a bed and breakfast establishment in Cookham, Berkshire run by Susanne Wilkinson, who says she was trying to uphold her beliefs about marriage when she turned away gay couple, Michael Black and John Morgan in 2010.

The couple issued proceedings against Mrs Wilkinson and in October 2012 a county court ruled that her policy directly discriminates against gay couples. The court ordered her to pay £3,600 in damages.

In looking at justification, the Court acknowledged that religious rights are of equal importance to sexual orientation rights.

However, in this particular case, the Court said Mrs Wilkinson's policy would not be justified because she could convert her B&B to single bed accommodation without it having a fatal economic impact on her.

Permission has been granted for Mrs Wilkinson to appeal, and her case could be joined with that of Peter and Hazelmary Bull, other hotel owners who similarly refused to accommodate a gay couple, so that the Supreme Court can hear both cases together.

Mrs Wilkinson's case is being financed by The Christian Institute.

Terry Sanderson, President of the National Secular Society, said: "These are important cases that could have wide-ranging consequences for the rights of gay people. If it is OK to cite religious conscience in order to deny them hotel rooms what other service provider might decide that they don't want to serve gay people? Shops? Restaurants?

"It is humiliating and degrading to be treated in this way, and if Mrs Wilkinson and the Bulls don't want to serve gay people, they shouldn't be running a business that is open to the public."