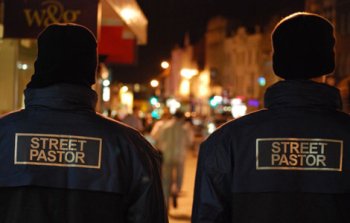 The All Party Parliamentary Group, 'Christians in Parliament', has published a report, Faith in the Community, which looks at the relationship between local authorities and churches.

The group's chairman, Gary Streeter MP, has stated that the aim of the report is to address the "chasm between the perception of faith groups nationally and the reality of their work in local communities where they get their hands dirty on a daily basis". The research follows up the findings of Clearing the Ground, another report produced by Christians in Parliament last year, and comes as part of an overall aim to enhance the working relationship between local authorities and faith groups.

Its findings are based on the responses to a survey of 155 local authorities in England, Scotland and Wales.

The report describes religious literacy as one of the greatest hindrances to faith groups and authorities working together effectively. It argues that "local authorities often have a poor understanding of faith groups, their beliefs and how those beliefs work themselves out in the lives of the faithful". Likewise, it found, faith groups "often have an equally poor understanding of how local government works and the language that is required to engage with it".

However, Terry Sanderson, President of the National Secular Society, has commented: "The Christians in Parliament group is not objective in its approach. Its main purpose is to promote Christianity in parliament and to ensure that religion has special privileges.

"The idea that Christian groups are being turned away by local authorities when they offer to provide services has some basis in reality. The reason so many councils are suspicious of religious groups is because there is always an agenda attached to their work. They may promise not to proselytise, but the very idea of a Christian organisation providing an essential service is already off-putting to some people.

"Many Christian groups do good work, but some also abuse the power they are given when using public money. Some have had funding withdrawn when they demanded prayers for the services they provide or have used the money directly for religious purposes rather than the purpose it was provided for."

Mr Sanderson said much progress could be made if local authorities provided a legally binding contract that required all organisations working on their behalf - with taxpayers' money - not to use that money for anything other than what it was provided for, and that ensured services would be available to the whole community without discrimination and without the demand for participation in unrelated activities, such as worship.

"Religious groups are often unwilling to accept money on this basis and that is where the conflict arises," said Mr Sanderson. "Christian groups should be careful not to help local authorities to divest themselves of vital public services. Once the money dries up, the service will be lost if the religious groups cannot raise the necessary funds themselves – and quite often they cannot. Christians should be demanding that the Government and local councils continue to provide the services that the poor and disadvantaged depend upon."