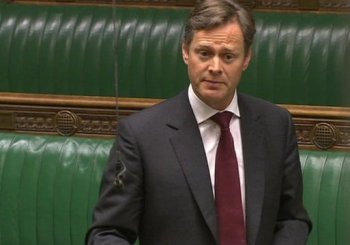 Conservative MP Matthew Offord has introduced a parliamentary bill to reintroduce prayers to local council meetings. Religious observance at council meetings was outlawed by the High Court in 2012 after a successful challenge by the National Secular Society.

Mr Offord's Private Members' Bill would amend the Local Government Act of 1972 to give councils permission to hold prayers at their discretion. The Private Members' Bill is reported to be supported by Secretary of State for Communities and Local Government, Eric Pickles. Mr Pickles had previously asserted that the recently introduced Localism Act gave local councils the power to hold prayers during meetings. Mr Pickles' assertion has been disputed by the National Secular Society.

Dr Offord says his new bill ­ (The Local Government (Religious etc. Observances) Bill) is intended to stem what he sees as "a campaign against religious beliefs". The Conservative MP believes the ruling is an example of "a wave of attacks" on practices of faith, including, he says, the recently proposed introduction of same-sex marriage, of which he is an outspoken opponent.

Introducing the Bill, church-goer and Member of Parliament for Hendon, Dr Offord, said: "Reading prayers of any religion before meetings is something members of my constituency feel is important. It is something I always liked and I was upset when it was banned."

Stephen Evans, campaigns manager at the National Secular Society said: "The law Dr Offord is trying to change does not deny anybody the right to pray, but it does prevent religious believers from imposing their religion on others. We firmly believe, and the courts agree, that prayers have no place in a secular environment concerned with civic business.

"Even where a majority of local councillors wish to say prayers, they should not be able to impose their will on other equally elected councillors. The right of individuals to freedom of religion must always be balanced by the right to be free from religion.

"Dr Offord is clearly disgruntled at the secular direction that society is going in, but his attempt to fuse religion and politics is doomed to failure."