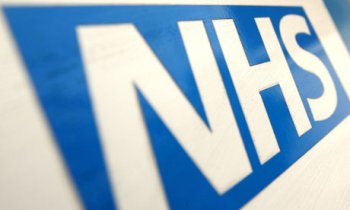 New research into the number of hospital chaplains being paid for out of the National Health Service funds shows that since 2009 the number of chaplains has remained largely the same.

The research carried out by the National Secular Society contradicts research released by the BBC claiming that chaplaincy posts have been cut by 40% in England.

The BBC approached 171 Acute Trusts for its survey, whereas the NSS put in Freedom of Information requests to all of England's 230 Health Trusts. The BBC had a 97% response, and the NSS has had an 85% response to date.

Although some Trusts have made small cuts, the full results of the NSS survey are likely to show that overall numbers remains largely the same. The full results so far can be seen here.

According to the Royal College of Nursing, there has been a reduction in nurse staffing of around 5,780 (headcount) and 3,700 (whole time equivalent) between May 2010 and June 2012.

Terry Sanderson, President of the National Secular Society, said: "While the Health Service is hit on a daily basis by a crumbling infrastructure and huge cuts to frontline services, the chaplaincy service sails on largely untouched.

"We have no objection to the presence of chaplains in hospitals. Our concern is where the funds to pay for them come from.

"Churches, mosques and temples that wish to have religious representation in hospitals, could do so at their own expense. Such services, where valued, could be funded by local charitable trusts, administered local churches or interfaith initiatives. We are aware of hospitals that are already using volunteers or keeping a call-out list of available clergypeople in the community for patients who request them."

"There can be no possible reason for the NHS's dwindling resources to be used to pay the salaries of clergypeople when nurses and frontline staff are being dispensed with.

"Our previous research suggests that around £29m of healthcare money is used annually to pay the salaries of religious chaplains, but this sum increases when you take into consideration the upkeep of office space, chapels, prayer rooms which also come out of hospital budgets. It is time that the religious bodies stepped up to the plate and relieved the public purse of this expense."

Find out more about chaplaincy funding and the NHS