EU adopts guidelines on freedom of religion or belief 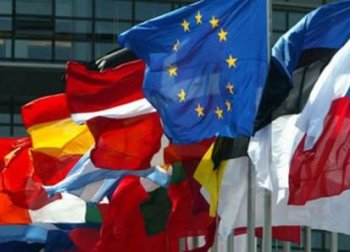 In its report, the EU proclaims impartiality on religion and belief, and commits to protect people's rights rather than any particular belief system; where, "international human rights law protects individuals, not Religion or Belief per se". It notes that the free exercise of religion and belief "directly contributes to democracy, development, rule of law, peace and stability", and makes specific mention of the need to protect those who change or leave their religion and those with non-theistic or atheistic beliefs.

The guidelines also explicitly oppose any religious justification to restrictions on other fundamental rights and to violence against women, children, members of religious minorities and persons on the basis of their sexual orientation and gender identity. They point out that there are some practices, associated with the manifestation of a religion or belief (or perceived as such), which may constitute violations of human rights. The fact that the right to freedom of religion or belief is sometimes invoked to justify violations of other human rights is an EU concern; it states that, whilst it is "committed to the robust protection and promotion of freedom of religion or belief in all parts of the world", such justifications can never legitimise the undermining of human rights

However, as the European Humanist Federation (EHF) has pointed out, whilst these guidelines are forceful on criticizing blasphemy laws abroad, it should be noted that blasphemy is still outlawed in some EU member states. The EHF has urged the EU to "adopt a coherent position on blasphemy and to encourage Members States to abolish blasphemy laws", as has been previously recommended by the Parliamentary Assembly of the Council of Europe and Venice Commission.

Also see: New EU guidelines on religion and belief make plain that no religion is entitled to special rights