Report into experiences of female converts to Islam 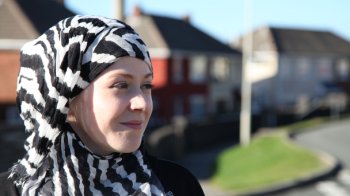 A ground-breaking report examining the experiences of nearly 50 British women of all ages, ethnicities, backgrounds and faiths (or no faith) – who have all converted to Islam - was launched in London yesterday by the University of Cambridge.

The report, produced by the University's Centre of Islamic Studies (CIS), in association with the New Muslims Project, Markfield, is a fascinating dissection of the conversion experience of women in Britain in the 21st Century.

The first forum of its kind held in the UK, the study concludes with a series of recommendations for the convert, heritage Muslim, and wider British communities. The 129-page report also outlines the social, emotional and sometimes economic costs of conversion, and the context and reasons for women converting to Islam in a society with pervasive negative stereotypes about the faith.

Project Leader and Director of CIS, Yasir Suleiman, said: "The consistent themes flowing through the report is the need for increased levels of support for the convert community – and the converts' own potential to be a powerful and transformative influence on both the heritage Muslim community and wider British society.

"Another of the recurring themes was the overwhelmingly negative portrayal of Muslims and Islam in the UK media and what role the convert community might have to play in helping to redress the balance.

This report seeks to dispel misapprehensions and misrepresentations of female converts to Islam."

A key revelation of the study was the heavily disproportionate attention, bordering on obsession in some cases, given to white, female converts to Islam by both the Muslim and non-Muslim communities alike.

This is often to the detriment of African-Caribbean converts, thought to be the largest ethnic group of converts to Islam, who are often ignored and left feeling isolated by both the Muslim and non-Muslim communities.

Added Suleiman: "White converts can be regarded as 'trophy' Muslims and used in a tokenistic fashion by various sections of society, including the media. African-Caribbean converts remain largely invisible, uncelebrated and frequently unacknowledged. They can feel like a minority within a minority and this is something that must be addressed. I found this part of the conversion narratives hardest to bear."