No change to religious slaughter rules 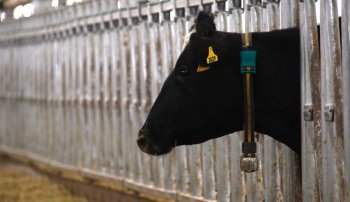 The government has said it will not remove the exemption from animal welfare law that permits religious communities to slaughter animals without pre-stunning – despite "strong pressure" from welfare groups, veterinary interests and the public for a prohibition on all slaughter without stunning.

In its published response to a consultation on the protection of animals at the time of killing, the Department for Environment, Food and Rural Affairs (DEFRA) said: "Existing national rules will be retained in relation to religious slaughter. These rules limit slaughter without prior stunning to the slaughter of bovine animals, sheep, goats and birds by a Jew for the food of Jews or by a Muslim for the food of Muslims."

Welfare organisations responding to the consultation called for the current arrangements to be tightened if slaughter without stunning is allowed to continue. Religious community representatives expressed concern that this would undermine their religious freedoms.

Despite being outside the scope of legislation being consulted on, DEFRA say there was "strong pressure" for compulsory method of slaughter labelling. This was supported by the National Secular Society in its response as well as in responses from welfare groups, the public and some in the Muslim community. Mandatory labelling is being vigorously opposed by the religious slaughter industry.

Stephen Evans, campaigns manager at the National Secular Society, commented: "While we're disappointed that the Government has opted to retain the exemption for religious groups, we're pleased it has reiterated that the exemption applies to people of that religion only. This makes it clear that permitting meat from religious slaughter methods to enter the general food chain is not only ethically unacceptable, it is also unlawful.

"The most effective way of enforcing this provision would be through method of slaughter labelling – and we will certainly be keeping up the pressure on the Government to ensure this happens."