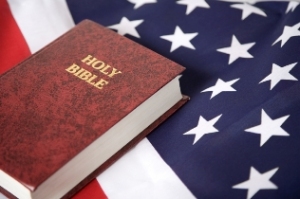 Over three-quarters of Americans (77%) say religion is losing its influence on American life, while 20% say religion's influence is increasing. These represent Americans' most negative evaluations of the impact of religion since 1970, although similar to the views measured in recent years.

Americans were more likely to say religion was increasing rather than decreasing its influence when the question was first asked in 1957, in 1962, at a few points in the 1980s during the Reagan administration, after the 9/11 terrorist attacks in late 2001 and early 2002, and in 2005. The high point for Americans' belief that religion is increasing its influence, 71%, came in December 2001.

These perceptions of religion's influence in American society are not related to Americans' personal religiosity, as measured by church attendance or the self-reported importance of religion in one's life. In general, highly religious Americans are neither more nor less likely to say religion is losing its influence than those who are not religious. There is, however, a modest relationship between Americans' ideology as well as partisanship and their views of the influence of religion, with liberals and Democrats more likely than conservatives and Republicans to say religion's influence is increasing in American society.