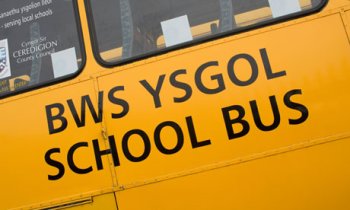 The National Secular Society has criticised a decision by Flintshire Council to discriminate against people without religious faith in its school transport arrangements.

Flintshire Council's cabinet voted on Tuesday to scrap free transport for pupils attending faith schools. However, under the controversial new policy, children who can prove their beliefs with such evidence as baptism certificates will be exempt from the cuts.

The Council has said that withdrawing the discretionary funding could save up to £100,000 a year.

The authority is one of the first in the UK to impose charges for transporting children who cannot prove they share the faith of the school.

A consultation on the proposals received 638 responses, with 542 (85%) strongly disagreeing with the Council's plans.

Stephen Evans, National Secular Society campaigns manager, said: "There is something morally repugnant about a policy that uses the religious beliefs of parents to single out specific children for discrimination in this way.

"Their policy decision could result in children who live next door to each other, and travel to the same state funded school being treated unequally, purely on the basis of their parent's religious beliefs. Such discrimination should have no place in modern society.

"The Government must call an end to this discrimination by compelling local authorities to have equitable school transport policies, free from religious privilege, and fair to all families."