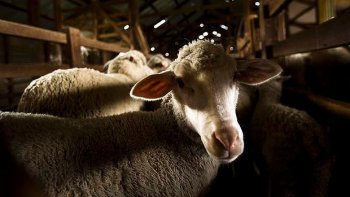 The Polish parliament, which banned ritual slaughter of animals for the halal and kosher markets in January, is now considering revoking the law because of economic pressures.

The export market for ritually slaughtered meat - in which the animal has its throat slit and bleeds to death while conscious - was very lucrative for Poland. It grew between 20 and 30% per year in recent years, with interest from Muslim countries such as Egypt and Indonesia looking for good quality meat.

The kosher and halal business had boomed until January, when the ban took effect following a ruling by the Constitutional Tribunal. Although the actual slaughter was carried out by specially trained Muslim and Jewish officials, the industry also created about 6,000 other jobs.

Animal rights activists argue that killing animals without stunning them first causes unnecessary suffering. Jewish and Muslim leaders strongly disagree, and insist that their method is actually more humane, in part because it causes the animals to lose consciousness very fast. They argue that standard industrial slaughter involves pre-stunning that is sometimes not effective, leading to even greater suffering.

The Prime Minister Donald Tusk is anxious to get the business going again and his government has recently drafted a law that would reinstate religious slaughter while also adding some new protections for animals.

The law's fate now rests with parliament, which is due to debate and vote on it in the coming weeks. The government enjoys majority support in the assembly, so the law is likely to be passed, but not without acrimony.

Witold Choinski, the head of Polish Meat, said the industry is worth about 500 million euros per year to the Polish. About 100,000 tons of kosher or halal beef and 100,000 tons of poultry were exported annually before the ban — making up between 20 and 30% of Poland's beef exports and about 10% of poultry exports.

For now, business is being picked up by producers in nearby countries, including Latvia, Hungary, Bosnia and the Czech Republic, Mufti Tomasz Miskiewicz said.

The debate so far has revolved around animal cruelty and has not featured any anti-Semitic or anti-Muslim sentiment.