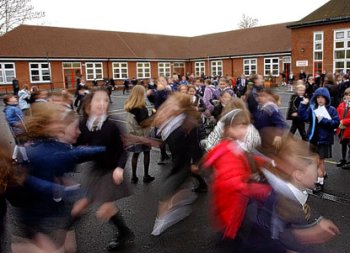 An educational exam revision website has found that almost a quarter of seven to 16-year-olds do not know that Easter celebrates the resurrection of Jesus, and 26% are unaware Christians believed Jesus was born in Bethlehem.

Furthermore, 15% of schoolchildren do not know that a cathedral is a large church and almost a third, 32%, don't know that the term 'Christian' comes from Jesus Christ.

The research comes from Education Quizzes – describing itself as "The Number 1 revision site". The figures were obtained by counting the number of correct and incorrect answers to their religious studies revision quiz.

Co-founder Colin King said: "There are more than a million children between the ages of five and 16 who can speak in excess of 360 languages other than English between them. But the multiculturalism in our classrooms clearly isn't resulting in our children's understanding more about each other's religious beliefs."

Other areas of ignorance include more than half of schoolchildren believing people from the same ethnic group share the same religion, and a third unaware Jewish youths celebrate entering adulthood with a Bar or Bat Mitzvah.

More than a quarter, 26%, did not know the "holy month of prayer, fasting and pilgrimage" within Islam is called Ramadan.

Fully aware of this falling interest in religious knowledge, the Bishop of Winchester used his maiden speech in the House of Lords to add to the church's propaganda aimed at getting the Government to beef up religious education.

Bishop Tim Dakin took his seat in the Lords in March last year, but only spoke for the first time a fortnight ago.

During debate on the Queen's speech, he said: "The All-party parliamentary Group for education has very recently reported that apparently unconnected changes to qualifications, assessment and teacher education has had a negative impact on religious education.

"I urge the Department for education to review the arrangements for RE in a parallel process to developing the national curriculum. The direction of travel in exam reform is welcome. The Church of England Board of education stands ready to be fully involved in the revision of the RE GCSE and any new A-level in theology."

Meanwhile, Spain's' Catholic Bishops have succeeded in restoring their dominating role in bringing religion into schools through education reforms approved by the right-wing Government.

The previous socialist Government of Zapatero had introduced an education bill in 1990 that reduced the influence of the Catholic Church in schools. The Spanish bishops have been pressing ever since for the Government to reverse that legislation and restore the status of religious education (as dictated by them).

The changes, approved on 17 May, ended citizenship classes and lessons on values, which Cardinal Antonio Rouco had denounced as an "invasion" of religious freedom and the rights of parents to demand a moral education for their children. It is now obligatory to study either religious education (RE) or an alternative on cultural and social ethics in secondary school.

In future, RE will be a mainstream subject, equivalent in weight to all other academic subjects, with RE students gaining credits that can be used towards their final average and for grant applications.

Terry Sanderson, president of the National Secular Society, commented: "The English bishops are hoping for a similar result with their endless pressure on Mr Gove. However, we maintain that religion should be a personal choice, not one that is imposed on children – as it is at the moment through the proliferation of single faith schools. Children should have the same right to make decisions about religion themselves without being told which "faith" they belong to from their very first day at school."