As the country struggles with its finances, new tax perks for churches are brought in 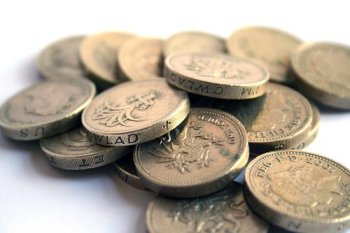 A new deal between the Government and the Catholic Church will see millions more of taxpayers' money flowing into the church's coffers.

Catholic parish churches will be able to claim from HM Revenue and Customs (HMRC) an extra 20% for each donation of up to £20 without requiring the giver to complete a form. It is estimated that every church could benefit by up to £1,250 a year. If all 2,400 Catholic churches in England and Wales claim, around £3 million could be claimed each year. The money could help dioceses cope with the loss of thousands of pounds following the cut that could be claimed in Gift Aid in 2011 from 23p to 20p in the pound.

Under the scheme, which came into effect last month, parish churches are for the first time being treated as individual charities. Previously the Church's 22 dioceses were each treated as registered charities rather than the parish churches within them. The Church of England already benefits from this scheme as all its churches are registered as individual charities.

Under the new scheme, each church can claim from HMRC for every £1 of a "small" donation.

HMRC said that it hoped the new scheme, which was agreed in consultation with representatives of the Catholic Church, would make it easier for small charities to claim top-up payments. It said that in the past, churches found it difficult to claim gift aid, because collection donations might be too small to warrant a Gift Aid declaration.

Large dioceses such as Westminster and Birmingham, which each have more than 200 churches, could benefit to the tune of hundreds of thousands of pounds. Jim Whiston, the finance director in the Diocese of Middlesbrough, said that they hope to raise £80,000 under the new scheme. "It's going to make a difference," he said.

Terry Sanderson, President of the National Secular Society, said: "The Archbishop of Canterbury – a former banker – lectures large financial institutions about the morality of their practices. But he doesn't seem to think that the vastly wealthy organisation he heads should pay taxes like the rest of us have to. Similarly with the Catholic Church – one of the wealthiest organisations in the world – why are they getting even more tax breaks when the country is on its financial uppers and front line services are being destroyed?"