Take action! Call on your MP to outlaw caste discrimination – Vote on 16 April 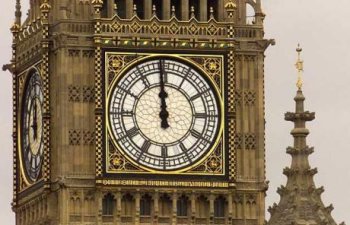 Take Action! urge your MP to ensure that proper legal protection is provided for victims of caste discrimination in Great Britain by voting in favour of Lords Amendment 37 on Tuesday 16 April.

The National Secular Society is calling on supporters to urge their MP to back legislation aimed at protecting victims of caste-based discrimination in the UK.

Despite Government opposition, the House of Lords overwhelmingly voted on 4 March (by a majority of 103) to make caste a protected characteristic (as an aspect of race) under equality law via a new clause in the Enterprise and Regulatory Reform Bill. MPs will vote on whether to retain the new clause on Tuesday 16 April.

The Government accepts that caste discrimination exists, but refuses to outlaw it as other discrimination is outlawed, instead favouring an 'education programme' and an informal conciliation service which it claims is a more appropriate and targeted way of dealing with incidents related to caste discrimination. The National Secular Society has warned that a failure to legislate burdens the oppressed with continually challenging caste discrimination wherever and whenever it occurs –a situation particularly unsatisfactory where the oppressors are more powerful than the oppressed, and often their employers.

The report estimates there are at least 50,000 (and perhaps in excess of 200,000) people living in Great Britain who are classified as "low caste".

Employment, equality, diversity and discrimination law specialist Michael Rubenstein, in this analysis on the long-running case of Begraj v Heer Manak Solicitors, which raised issues of alleged caste discrimination, called the opinion "convincing" and said: "there seems no convincing justification for the Government not to agree to bring the prohibition on caste discrimination into force."

The Minister for Faith and Communities, Baroness Warsi, has publicly accepted the seriousness of the problem of caste discrimination. Whilst in opposition, Baroness Warsi accused the then Labour Government of putting the issue off "for another day" when it accepted an enabling amendment the Equality Bill to facilitate future legislation, rather than outlaw caste discrimination at the time.

The National Secular Society and the Christian Institute have written a joint letter to MPs urging them to ensure that proper legal protection is provided for victims of caste discrimination. The two organisations, usually on opposite sides of fence, both agree that genuine good can done by supporting the amendment.

The Hindu Council UK has also written to MPs claiming to be "deeply insulted" by the amendment to make caste a protected characteristic under equality law.

Stephen Evans, campaigns manager at the National Secular Society said: "Caste-based discrimination is fundamentally unjust and undermines basic human dignity and freedom. It clearly merits the same kind of legal protection provided for other forms of discrimination. The Government's reluctance to legislate is therefore both perplexing and concerning. We sincerely hope their position on this issue isn't being unduly influenced by faith-based organisations with vested interests.

"It's now time for the Government to honour our international obligations and outlaw caste discrimination, offering hope to the tens of thousands of British Asians whose lives are blighted by such prejudice."

A briefing paper on caste discrimination can be found here.

Using the arguments set out above and in the briefing paper, please write to your MP urging them to ensure that proper legal protection is provided for victims of caste discrimination in Great Britain by urging the Government to reconsider its position on the new clause in the Enterprise and Regulatory Reform Bill.

We believe this is vital to upholding the essential British values of equality and justice for all citizens.

Lords Amendments to the Enterprise and Regulatory Reform Bill: