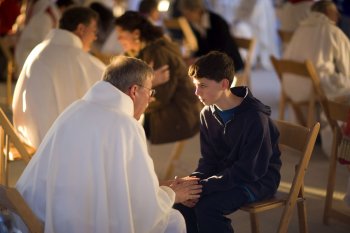 A Yougov poll commissioned for this week's Westminster Faith Debate has revealed the lack of extent to which people turn to religious leaders for "moral guidance". It also exposes the majority of religious leaders to be entirely at odds with the British public on same-sex marriage.

When asked: "Which, if any of the following, do you rely on MOST for guidance as you make your life decisions?" only 0.5% of the 4,447 people questioned plumped for "religious leaders" or "religious groups".

The findings on same-sex marriage also shows that most people in this country – including those who declare themselves to be religious – favour the legalisation of marriage for same-sex couples.

The survey found that the section of religious people most opposed to same-sex marriage is made up of those who both believe in God with certainty and make decisions primarily on the basis of explicit religious sources – God, scriptures, teachings and religious leaders.

This so called 'moral minority' of strict believers' amounts to almost 9% of the population, and is spread across religious traditions, with a greater concentration among Baptists and Muslims.

The survey also asked: "Do you believe in God or 'a higher power'?"

Read the full finding of the survey here