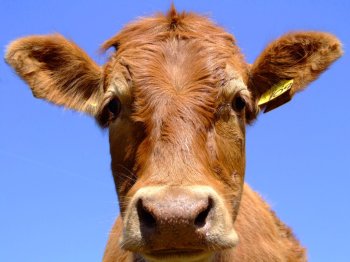 A new Yougov poll for the Jewish Chronicle shows a majority back a ban on religious slaughter. 45% of respondents supported a ban, 27% were against and 28% said they didn't know.

The same poll found an almost even split among the population as to whether male circumcision on religious grounds should be outlawed, with 38% supporting a ban, 35% against and 27% undecided.

Dayan Yisroel Lichtenstein, head of the Federation Beth Din, said: "It's worrying and it shows we need to do a lot more public relations to put our case."

41% of 18-24 year-olds would ban both shechita and circumcision.

The most striking difference emerges in the political inclinations of those polled. As many as 71% of people who say they would vote UKIP back a ban on religious slaughter, and 51% support a ban on male circumcision — the only political allegiance where more than half back bans in either case.

Rabbi Jonathan Wittenberg, senior rabbi of the Masorti movement, was also not surprised by the figures because "there has been a lot of discussion acrossEurope". He said there had not been proven to be "a kinder method" to kill animals than shechita.

"The real issue is the frequent cruelty within the meat industry generally and the question of how animals live their lives, not only how they die."

Stephen Evans, campaigns manager at the National Secular Society, said: "The prevailing scientific consensus is that slaughter without pre-stunning causes unnecessary and avoidable pain and distress to animals. We therefore support an end to the exemption from animal welfare legislation that permits religious communities to slaughter without prior stunning.

"For as long as such exemptions are granted, meat from religious slaughter without pre-stunning should at least be accurately labelled, which would enable consumers to make an informed choice about the food they purchase. It is disturbing that at present, this isn't the case, and consumers are being hoodwinked into subsidising the religious slaughter business, often against their will."