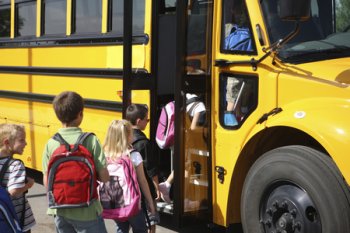 Planned changes to school transport have been approved by councillors.

Councillors on Leicester City Council have approved changes to 'home to school' transport that will see an end to subsidies for pupils attending "faith schools" in the City.

The decision — taken despite a consultation showing that most people wanted to keep the subsidies — means free transport to faith schools which are further away than a pupil's nearest school will be axed in the city from September.

She said the city council was still committed to the provision of "excellent statutory services".

Meanwhile, Bath City Council agreed this week to phase out free transport to "faith schools" in Bath and north Somerset.

At a meeting on Wednesday, the Council said it had no option but to end the subsidies, which were costing taxpayers £258,000 a year.

Despite strong pressure from the schools and from parents who will be affected, cabinet members voted unanimously in favour of a phased withdrawal of funding over seven years. This will kick in from September 2014, but in a concession to families, siblings of those already at faith schools will still get the financial support.

Councillor Dine Romero, cabinet member for early years, children and youth, said the council could not afford to keep the funding. She said: "In an ideal world and in the interests of absolute fairness I would want all children going to school free of charge. But these are times of austerity and we need to think really carefully about which discretionary services we need to continue."