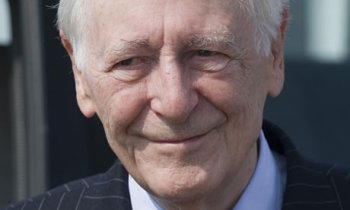 The National Secular Society has welcomed a vote by Peers in the House of Lords in favour of an amendment to bring caste discrimination within the scope of equality legislation. The vote was a heavy defeat for the Government, losing by 103 votes, with 256 peers supporting the amendment and 153 voting against.

The amendment to the Enterprise and Regulatory Reform (ERR) Bill was moved by members of the All Party Parliamentary Group for Dalits – the Lib Dem Peer and NSS honorary Associate Lord Avebury (pictured right), the Conservative Lord Deben, Crossbench Peer Lord Harries and Labour's Lady Thornton – and received crossbench support.

Prior to the vote the National Secular Society briefed Peers and Ministers with a legal opinion obtained by the NSS, which concluded that the UK is obliged in international human rights law to legislate for caste discrimination and further obliged to provide victims of such discrimination with an effective remedy.

The opinion stated that the Government's failure to do so is a violation of Article 2 (1) and 6 of the International Convention on the Elimination of All Forms of Racial Discrimination.

Last year the UN Human Rights Council also called on the UK Government to "develop a national strategy to eliminate caste discrimination, including the immediate adoption of the clause in the Equality Act … in accordance with its international human rights obligations".

Secular and anti-discrimination campaigners persuaded the previous Labour Government to amend the Equality Bill, to include an enabling power to make caste a protected characteristic as a result of which discrimination and harassment on the grounds of caste would be outlawed.

The current Government has however resisted triggering the power despite a report into the prevalence of caste prejudice and discrimination in the UK, undertaken by the National Institute for Economic and Social Research (NIESR), which found significant evidence of caste discrimination, harassment and bullying in employment, education and the provision of services, including care.

Defending the Government's position during Monday's debate, Baroness Stowell of Beeston described new legislation as "a big step" and said the Government was taking clear action to tackle caste prejudice and discrimination through a programme of education. She explained that the education initiative – a joint initiative between the Department for Communities and Local Government and the Government Equalities Office – had already appointed a body called 'Talk for a Change' to take the work forward.

Keith Porteous Wood, Executive Director of the National Secular Society, said: "The Government set a poor example by refusing to follow the UN's recommendation last year to the UK to make caste discrimination unlawful – as it was obliged to do so by its international obligations. Instead, all the Government offered those suffering from caste discrimination was conciliation where there is conflict. The peers, however, were determined to aid the vulnerable more effectively by providing legal protection on caste. Their view prevailed, leaving the Government embarrassed."

The amendment will now need the support of a majority of MPs in the House of Commons before it can become law.

Read a statement concerning caste from Helen Grant, the Minister for Women and Equalities, made Friday 1 March 2013.