New guidance for doctors on personal beliefs in their professional life 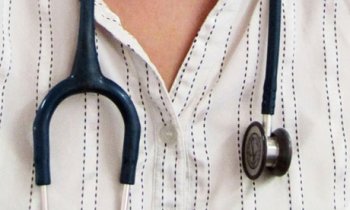 The General Medical Council has updates its guidelines for medical practitioners – which includes updated guidelines on Personal Beliefs and Medical Practice (pdf). In response, the Secular Medical Forum (SMF) raised several concerns about the new report and issued the following statement:

The GMC rightly advises doctors that they must not impose their own personal beliefs on patients. The new guidance goes some way towards helping to prevent religious doctors from obstructing the reasonable treatment options of patients by virtue of the doctor's own personal beliefs.

However, it ultimately falls far short of the intended outcome of protecting patients, is contradictory, and signally fails to protect some of the most vulnerable people. It may also be in breach of the 2010 Equality Act referenced in the guidance.

Patients must feel confident that they can rely on their doctor's professional expertise and advice, and that, excepting specific legislation, the patient's own personal beliefs and values will guide treatment options rather than the religious beliefs of their doctor.

The SMF is therefore disappointed that the new GMC guidance empowers doctors to conscientiously object to providing medical services which would ordinarily form an integral part of a doctor's professional responsibilities. This concession for doctors comes at the expense of patient care which the GMC states should be the doctor's first concern.

Within the new guidance, doctors with religious objections to providing certain treatments are advised to advertise their objections in advance. Confusingly, the GMC simultaneously exhorts doctors not to initiate discussion of their personal beliefs.

Moreover, the risk is that the GMC will be seen to be placing an unreasonable onus of responsibility on patients to investigate in advance their doctor's personal views.

Particularly in the case of urgent care such as emergency contraception it is inevitable that some patients will be denied appropriate medical care because of the personal religious beliefs of a doctor. The SMF is disappointed that the GMC did not take the opportunity to remind doctors of their professional responsibilities to 'set aside their own personal beliefs where necessary in the interests of their patients'.

The GMC is right to place an emphasis on personal choice with regard to treatment choice or refusal. But when the person making the choice is not the person refusing necessary treatment, the GMC might follow its own excellent guidance in 'Protecting Children and Young People', GMC guidance published 3rd September 2012 , which reminds doctors that 'it may be difficult to identify where parents' freedom to bring up their children in line with their religious and cultural practices and beliefs becomes a cause for concern about a child's or young person's physical or emotional well-being'.

Instead and of significant concern to the SMF, the new guidance appears to indicate that if both parents refuse, on the grounds of their own belief, what is considered to be the best or most appropriate treatment, then other perhaps less effective treatment options should be considered for a child instead. This will rarely be in the best interests of a child.

The SMF endorses GMC advice to 'provide effective treatments based on the best available evidence' and to 'treat patients as individuals and respect their dignity and privacy'. However, we note that the new GMC guidance will fail to deliver this promise and will continue to fail in its statutory responsibilities to protect vulnerable people, particularly children, from serious avoidable harm caused by registered medical practitioners.

Dr Antony Lempert, a GP and the chair of the SMF said: "The GMC seems peculiarly unable to distinguish between reasonable therapeutic decisions necessarily made by parents on behalf of children requiring medical care, and parental requests to surgically impose their own beliefs on the normal bodies of a child who has yet to form a belief. Serious harm that would ordinarily lead to child safeguarding procedures and possibly criminal prosecution, such as the forced cutting of a child's body for no therapeutic purpose are instead excused by the GMC on the basis that parents have chosen to follow one or other religious belief system and that the parents then claim that cutting the child's body is a central tenet of that belief."

The GMC must know that parents do not have the right to consent to harmful interventions on their children. Parents and doctors have a duty to protect children from all forms of serious avoidable harm. It is legislated that it cannot be in the best interests of a female child to cut her genitals for no therapeutic purpose. No medical body in the world actively recommends forced infant genital cutting on any child. On the contrary, an article released last week by Frisch et al in the American journal Pediatrics stated that 'circumcision fails to meet the commonly accepted criteria for the justification of preventive medical procedures in children', that it 'constitutes a violation of the UN convention on the rights of the child' and can have 'serious long-term consequences'. The 38 authors from 18 countries included senior representatives of the German Pediatric Association, the Royal Dutch Medical Association and the British Association of Paediatric surgeons amongst others.

It is unlawful under the Equalities Act 2010 to discriminate unfairly on the grounds of gender. The SMF calls on the GMC to amend this new policy on forced infant and child genital cutting which adversely discriminates against male children. The main body of GMC guidance places the healthcare needs, dignity and integrity of the patient as of primary concern. The tenets of a religious belief held by somebody other than the patient can never be sufficient reason to justify the forced removal of intimate parts of a patient's body."