Pupils must "prove" their religion to qualify for free school buses 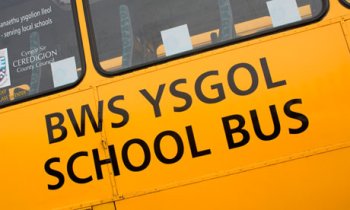 Flintshire County Council has launched a consultation on proposed changes to its discretionary home to school transport policy, that will require pupils attending faith schools to "prove" their religion to qualify for free school buses. The local authority says it will no longer provide free denominational transport for pupils whose admission is not based on faith grounds.

The council say suitable evidence of adherence to the faith of the school such as a baptismal certificate or a letter from a priest may be requested. The council describe their proposed policy as "fair" and "equitable".

The plans have been criticised by local parents and religious leaders alike for being discriminatory against people without religious faith.

In addition to their statutory duty towards eligible children, many local authorities offer

discretionary assistance to children who do not qualify for statutory free travel. This applies almost entirely to children attending 'faith' schools.

Many councils throughout England and Wales have opted to scrap discretionary arrangements in their push to cut spending. However, Flintshire County Council's proposal targets only pupils from non-religious backgrounds.

Stephen Evans, campaigns manager at the National Secular Society, said: This kind of apartheid style home to school transport arrangement is completely unacceptable. It will result in children who live next door to each other, and travel to the same school – being treated unequally, purely on the basis of their parent's religious beliefs.

"Unfortunately, wide exemptions to equality legislation mean discrimination in home to school transport – as with many other areas of education – is somehow deemed acceptable by the Government. The National Secular Society attempted to change this during the passage of the Education Act in 2011, but our arguments fell on deaf ears.

"The Government now needs to get a grip on this and outlaw the religious discrimination that is so prominent throughout our state education system. Local authorities should be compelled to have equitable school transport policies, free from religious privilege, and fair to all families."

People living in Flintshire can take part in the consultation here.