Evangelical MP’s attempt to dismantle Human Rights Act and permit religion to do whatever it likes, falls in the House of Commons 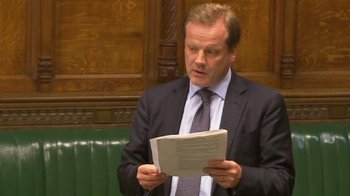 A Conservative MP's Private Members Bill that sought to replace the Human Rights Act with a "UK Bill of Rights and Responsibilities" was withdrawn at the Second Reading last month.

The Bill would have included special privileges and exemptions for religion.

The Bill, which was presented by Charlie Elphicke, MP for Dover and Deal, was entitled the Human Rights Act 1998 (Repeal and Substitution) Bill. Its intention was, among other things, to make the UK Supreme Court the final court of law for human-rights matters. The Bill would have repealed the entrenchment of the European Convention on Human Rights in UK law. UK courts and public authorities would not have had to ensure that their judgements were compatible with Convention rights.

"Human rights matter, but they are in crisis today, with a substantial majority of the British people regarding human rights as a charter for criminals and the undeserving," Mr Elphicke claimed in Parliament. "A new settlement is needed to restore trust and confidence in human rights."

Mr Elphicke, an evangelical Christian, set out the "pillars" of the new settlement that he was proposing. Among these was protection for freedom of thought, conscience, and religion: "We have seen too much attack on people's thoughts...too much in the way of aggressive secularism, which has sought to attack the Church and attack people with deeply held religious beliefs...they should be able to set out and preach what they think."

But, he said, "We cannot have a situation where freedom of religion could possibly be used to promote terrorists." The Bill that he proposed would have reduced the circumstances in which it was permissible to limit the right to manifest religion to the cause or incitement of physical harm to others.

Mr Elphicke was obviously seeking to tap into public outrage over some recent cases where criminals and terrorists have used the Human Rights Act to avoid deportation.

The Bill's final Article set out six "basic responsibilities", which, Mr Elphicke said, would be taken into account when a person sought to claim one of the rights set out in the Bill. These included "rendering civil or military service when his country requires his support for its defence".

Terry Sanderson, president of the National Secular Society, said: "This Bill was doomed from the start, as most Private Members' Bills are, but given the Government's own agitation about the Human Rights Act, it would not be beyond imagination for them to introduce something similar. In that event, we must be vigilant that religious privilege doesn't slip under the wire while attention is distracted with tales of our courts not being able to expel Islamic madmen and foreign criminals from the country.

"Inconvenient as it is, and frustrating as it is, to see cases of criminals using the Human Rights Act to evade deportation, we cannot escape the fact that Human Rights are for every human being, not just those we approve of. Once you start picking and choosing who is entitled to or deserving of human rights, the concept becomes meaningless. I suspect that was Mr Elphicke's intention."