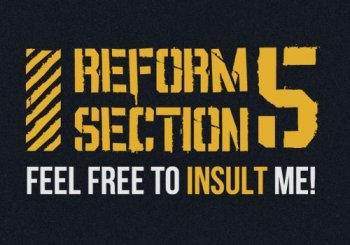 MPs have confirmed that a controversial public order law that criminalises "insulting" words or behaviour will be reformed to permit greater freedom of speech.

The move follows the Government giving way on the issue last month, after a bruising vote in the House of Lords.

The bid to change the law was spearheaded by Reform Section 5 – a campaign supported by the National Secular Society and Christian Institute, together with the Peter Tatchell Foundation and others.

Keith Porteous Wood, Executive Director of the NSS, who has been prominent in the campaign, said that "free speech is a little freer because of this change. Our alliance with the Christian Institute could hardly have been more fruitful."

In December last year, the House of Lords amended legislation to removing the word "insulting" from Section 5 of the Public Order Act. Despite both Government and the Labour front bench opposing, the vote was 150 in favour to 54 against – the lowest pro-Government vote of the Parliament.

Realising that MPs were also likely to follow suit when the legislation returned to the House of Commons, the Home Secretary conceded defeat and agreed to accept the Lords' amendment.

The amendment cannot now be overturned, and so will become law later this year.

Comedian Rowan Atkinson added his support to the campaign last year, warning that merely stating a different point of view could lead to an arrest unless the law was changed.

See also: The Danish free speech advocate who the Islamists tried to kill