Romanian secularists want an end to state sponsorship of churches 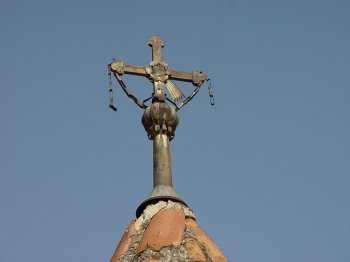 Twenty-three civic organisations in Romania have asked parliament to end the public financing of religious denominations, saying the money would be better spent on health or education.

"Under the constitution,Romania is a secular state and has no state religion. So, there is no legal ground for churches in the country to continue receiving public money," Toma Patrascu, vice-president of the Secular Association, said.

There are 18 officially recognised religious denominations in Romania, with the Orthodox and Catholic Churches, respectively, the largest. The Romanian Orthodox Church claims that more than 85 per cent of Romania's population of 19.5 million are members. The recognised denominations receive around 540 million euro every year from the state. Most of the money is for clergy salaries, but it is also for building new churches.

"This public money would be better used on improving conditions in schools and hospitals," Patrascu added.

Many people oppose the initiative, however, which was made public at the same time that parliament started the debate over this year's budget. "There is nothing wrong with getting support from the state, as the churches have a traditional role in educating people and in helping the poor and people who are in need," a theologian, Radu Preda, said.

While politically neutral, the Orthodox Church has close relations with politicians, many of whom support Church initiatives in the hope of electoral advantage.

Recently, the Orthodox Church drew criticism for its plan to build a 107-metre-high cathedral, the tallest in south-eastEurope, and seeking help from the cash-strapped state for the project.BucharestCity Halllast year announced plans to allocate around 2.5 million euro for the construction of the new cathedral. The cathedral is scheduled for completion this year and the Church plans to borrow half the money from banks and guarantee the loans against Church forests, buildings and other properties. Funds are also expected from donations and collection plates.

Similar donations have already been made or announced by other public institutions, including the government. By law, the state has to provide support for church construction and renovation of dilapidated buildings.

The Orthodox Church, which has seen a revival since Communism fell in 1989, remains the most trusted public institutions inRomania, according to opinion polls. But it has often been marred by allegations of corruption and nepotism.