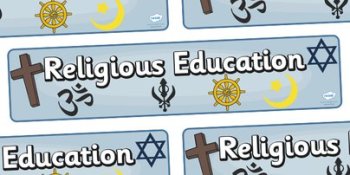 The Catholic Education Service (CES) for England and Wales has reiterated concerns that Religious Education will remain relegated among academic subjects, after plans to introduce the English Baccalaureate were scrapped.

Michael Gove, the Education Secretary, had planned to introduce an English Baccalaurate Certificate (EBC) for five core subjects, excluding Religious Education, but it was announced last week that plans for the EBC would not proceed after all.

A statement from the CES said that under new proposals RE would still not be given sufficient importance. It said that the Catholic Education Service was "disappointed that Religious Education remains effectively relegated to outside the 'core' under these proposals when it is at the very heart of the curriculum in every one of our more than 2,000 schools in England."

It continued: "GCSE RE is a valuable and worthwhile subject, but it could be better, and we hope to be able to work with Ofqual and Examination Boards to ensure that it becomes so."

The statement added: "We welcome the announcement today by the Secretary of State for Education concerning the reform of qualifications at 16. It is clear that the government's own consultation regarding examination reform showed broad consensus, accepting the need for reform yet rejecting the initial proposals for that reform. That the Secretary of State proposes to reform exams 'with the help of school and university leaders' is particularly welcome. Working closely with education professionals will help ensure that any reform will enjoy the widest possible support and confidence."