OIC coming back with another attempt to stamp out free speech 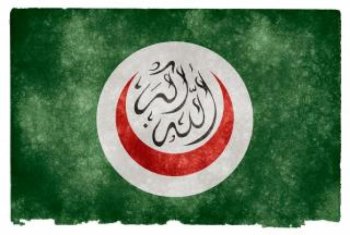 Getting the go-ahead from the Cairo Islamic Summit, the Organization of Islamic Cooperation (OIC) has been actively trying to get the "denigration of religions" recognized as a criminal offence, according to a top official.

"Next session of the Istanbul Process on Islamophobia will be held in the first half of this year, and the session will squarely focus on the issue of criminalizing denigration of religions," said Rizwan Saeed Sheikh, director of cultural affairs at the OIC general secretariat and spokesman for the OIC secretary general.

In an interview with the Saudi Gazette, Sheikh underscored the need for transposition of the international law to domestic one to effectively combat Islamophobia, which he claimed is "a contemporary manifestation of racism mainly targeting Islam and Muslims". He said the OIC seeks establishment of an international observatory, based in Geneva, with a global mandate not only to monitor denigration of Islam but all other religions.

"The OIC is of the firm view that any religion or its symbols should not be denigrated. The Cairo Islamic Summit endorsed this position and tasked the OIC secretariat to develop a unified strategy to impress upon the international community to take effective measures against such acts of incitement of intolerance and hatred that may lead to violence and loss of lives," he said while noting that Islamophobia figured high on the agenda of the summit.

Sheikh, a Pakistani national and an "expert on Islamophobia", explained the steps taken by the OIC in confronting "Islamophobia" by ensuring active involvement of the international community.

"OIC Secretary-General Ekmeleddin Ihsanoglu launched a process, known as the Istanbul Process, in July 2011, together with the then US Secretary of State Hillary Clinton and EU foreign policy chief Catherine Ashton, as well as with leaders of OIC and non-OIC member states, to build consensus on confronting Islamophobia.

Similar meetings were held later in Washington and London as part of the Istanbul Process, and now the US, UK, the African Union, the Arab League and the OIC are subscribing to the process and taking it forward to discuss the issue specifically. The OIC is going to hold the next event focusing squarely on the issue of criminalizing denigration and deciding on whatever actions need to be taken on the basis of Article 20 of the International Covenant on Civil and Political Rights (ICCPR)," he said.

According to Sheikh, international law, represented by Article 20 of ICCPR, clearly states that denigration of symbols or persons sacred to any religion is a criminal offence. This law ratifies OIC's position and the only remaining problem is the absence of enforcement in the true spirit by member states.

"This international law is sufficient to cover OIC's concern but the problem is either a gap of interpretation because of political reasons or a gap of implementation. Though this law is binding on all countries that signed and ratified the article, it is not effectively transposed to the domestic laws of the respective countries. The OIC is exerting efforts to get it enforced globally through the framework of the OIC-sponsored UN Human Rights Council resolution number 16/18, which is an outcome of the Istanbul Process."

Sheikh also discussed the activities of the OIC observatory, which is under the supervision of the secretary general. "The observatory is monitoring Islamophobia on a daily basis and translating it into monthly and annual reports. The OIC is publishing annual reports and so far it has published five reports, the last of which was submitted at the Djibouti session of foreign ministers held in November. The Cairo summit appreciated the role of the OIC observatory in confronting Islamophobia and asked the secretary general to put more mechanisms in place to strengthen the observatory," he said.

Meanwhile, Baroness Warsi, Britain's "Minister for Faith" gave a speech to the OIC in which she tried to reassure them that their concerns were being listened to, but also making the case for free speech.

Terry Sanderson, president of the National Secular Society, said: "We had thought the OIC had abandoned its plans for an international blasphemy law after it was roundly rejected by the United Nations, but here they are, coming at it again by a different route – but with exactly the same end result, a blanket ban on any criticism of Islam. This is dangerous and dictatorial. We can see in Pakistan what horrors are perpetrated when these kinds of laws are in effect. Imagine it on an international scale.

"The OIC may represent powerful interests, but its stifling and tyrannical approach to free speech must be resisted very strongly by the West."

Mr Sanderson said that the OIC and Baroness Warsi appeared to be operating in parallel universes. "The OIC wants to stamp on free speech, but Baroness Warsi seems to think there is some kind of compromise that can be reached with them. Her encouragement of this Istanbul process is a dangerous fantasy. The OIC is not going to embrace free speech any time in the future."

See also this blog about Baroness Warsi, "Minister for Faith", trying to interact with the OIC.