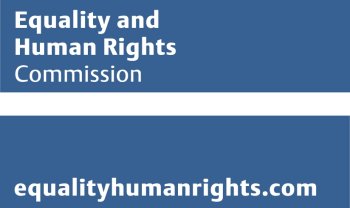 The National Secular Society has objected to new workplace guidelines issued by the Equality and Human Rights Commission to reflect the outcome of the recent European Court cases relating to the four Christians who claimed they had been discriminated against at work.

We were given the opportunity to comment on draft guidelines, which included a fictional example about a Hindu nurse offering prayers to a patient, and concluded that this was not inappropriate. We objected to the example on the basis that it was practically identical to the actual case of Caroline Petrie, the Somerset nurse who offered prayers to a patient at home, where prayers were considered not to be appropriate. A Christian, sensitive to the likely inappropriateness of this to those who would not want prayers, complained to the Health Authority. It transpired that nurse Petrie had already being disciplined for such behaviour and instructed not to repeat it. She lost her case at the employment tribunal.

Our objection, backed up by 2009 Department of Health guidance warning about proselytising (pdf), was taken on board and the Hindu nurse example was removed. It seems that the Commission were determined to produce an example where praying was acceptable. So they replaced the Hindu nurse case with a Christian, but needed to introduce a ridiculously unlikely scenario in an attempt to do so:

"A Christian hospital nurse offers to say prayers for a patient, making it clear that there is no pressure or obligation on the patient to agree and he will not be offended if the patient declines. The patient decides that she would like the prayers to be said for her as she will gain some comfort from them. The hospital nurse's colleagues who witness this raise concerns with their manager who, after investigation, decides nothing inappropriate occurred in these circumstances. This was because the nurse had discussed and agreed in advance with his employer that he could offer prayers, when the hospital chaplain was unavailable, to patients who had identified spiritual needs and who accepted the offer without any pressure or abuse of power.

We have written to the EHRC Chair to complain about the inappropriateness of the example, but also about what appears to us to be the lack of even-handedness in the way the guidelines have been drawn together.