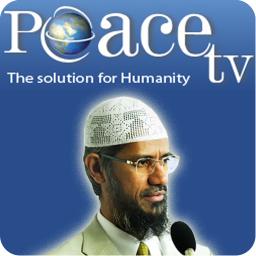 Islamic TV channels operating on the Sky platform and broadcasting in Britain have been found to be breaching the Ofcom broadcasting code by giving fundamentalist clerics free reign to preach hate.

The media regulator Ofcom has upheld several complaints about the channels after a supposed Islamic scholar told viewers that it is their 'duty' to 'kill those who insult Prophet Mohammed'. In another a woman presenter said homosexuals should be beaten and tortured for the 'evil, shameful act.'

Ofcom ruled: "It is potentially offensive for any service to broadcast comments suggesting that it is acceptable to apply a 'penalty' and kill any individual for renouncing their faith. Broadcasters must ensure that material which may cause offence is justified by the context."

Dr Naik, who was banned from entering Britain in 2010 after the Home Secretary ruled his presence was "not conducive to the public good", is the co-owner of Peace TV, a channel which is funded by a charity called the Islamic Research Foundation International.

In March last year he said in a programme he was presenting that it was appropriate to crucify, dismember or exile those who "wage war against Allah" under sharia law. He also said it was correct to kill former Muslims who "propagate his new faith against Islam".

Ofcom ruled Dr Naik's show breached part of the code which states that offensive comments should be "justified by the context".

In May last year, Muhammad Farooq Nizami was given a platform by Noor TV, (which Ofcom had already fined £75,000 in 2011 for soliciting £1,000 donations in exchange for prayers).

Farooq Nizami said: "There is absolutely no doubt about it that the punishment for the person who shows disrespect for the Prophet is death. No one disagrees about this. Whoever shows disrespect for Prophet Muhammad will be given death penalty. In the whole world, there should be slaves of Mustafa [Muhammad] everywhere, and disrespectful people should be eliminated. One has to choose one's own method. Our way is the peaceful way but when someone crosses the limits, faith-base emotions are instigated."

Ofcom said: "The breaches in this case ... are regarded by Ofcom as serious breaches of the code. Ofcom is very concerned that Al Ehya [Noor TV's parent company] still does not appear to recognise the very serious issues raised by the broadcast of Mr Nizami's comments."

On the DM Digital channel, Abdul Qadir Jilani, an imam at a mosque in Walthamstow, said: "The matter of insulting the prophet does not fall in the category of terrorism. Those who cannot kill such men have no faith. It is your duty, the duty of those who recite the holy verse, to kill those who insult Prophet Mohammed.

"Under the guidance from Islamic texts it is evident that if a Muslim apostatises, then it is not right to wait for the authorised courts; anyone may kill him. An apostate deserves to be killed and any man may kill him."

Ofcom ruled: "The statements ... did amount to direct calls to action and were likely to incite or encourage crime or to lead to disorder."

Dr Liaqat Malik, 54, the chairman of DM Digital said Ofcom was biased against ethnic minorities. "There are cultural differences and I think Ofcom doesn't understand that," he said. "Some of the Ofcom committee members should be picked from the Muslim community."

Terry Sanderson, president of the National Secular Society, said: "There is no real way to control these TV channels. Fines don't seem to deter them. They often don't keep recordings of their programmes – which Ofcom rules demand – and it is impossible to monitor them night and day. They also broadcast in a variety of languages, which makes monitoring them even more difficult. Who knows what is being said when no-one in authority is listening. When a TV channel permits its airwaves to be used to incite murder, Ofcom should remove its licence immediately."